The dogs of Limnos are going through a transitional phase at the moment. No longer do scruffy, short-dog-syndrome terrier types run rampant on the streets, nor do the quieter, lanky types roam the alleys looking for food scraps. The only dogs you see now are either found in the arms of excited young Greek girls, or languishing in the heat tied to ropes in people's yards.

Some people attribute the change in dog presence on the island to tolerance levels for strays reaching saturation point. Stories of theatrical proportions were being told by neighbours about stray dogs being shot, poisoned and drowned, even claiming some people's pets were being killed, mistaken for strays.

However, at least one lucky stray dog has escaped the apparent culling. A large, dishevelled dog, "Beach Dog" as we called him, had the most gentle nature and spent most of his time wandering around by himself on the sand, not bothering anyone. At lunchtime and in the evenings he would be found at the seaside tavernas making his best puppy dog eyes to sympathetic diners for his daily meals. He would patiently sit by your table just quietly wagging his tail, hoping for a few scraps. Even if cats were around he would politely keep out of their way.

Beach Dog's good nature is probably what spared him from a poisonous fate, and it's probably what guarantees him a good feed every day. Hopefully one day a caring local will take him in and give him a home. 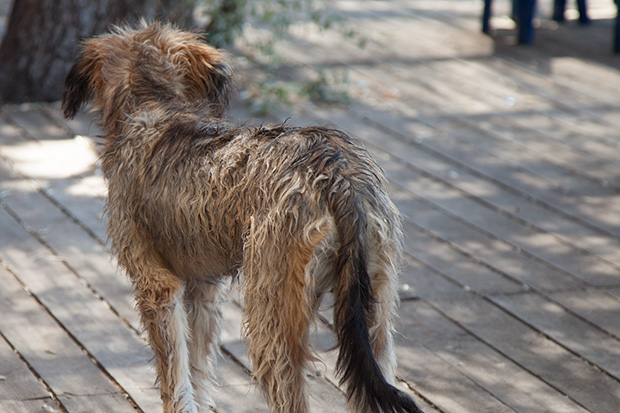 Another dog we met in Limnos, Rocky, isn't a stray but he is in the unfortunate situation of being tied to a rope all day. He is the pet of George the motor scooter hirer. The day we picked up our bike we fell in love with young Rocky. He's only a year old and is very energetic and excitable and we couldn't help but question George about the way he was keeping him. Rocky has shade, water, food and a kennel, but he needs exercise and the opportunity to explore his environment, he needs to be walked and needs space to run! "It's ok it's ok!!" George exclaimed. "People take him walk every day!" You take him! Take him now!!! You go walk, he loves walk!!" 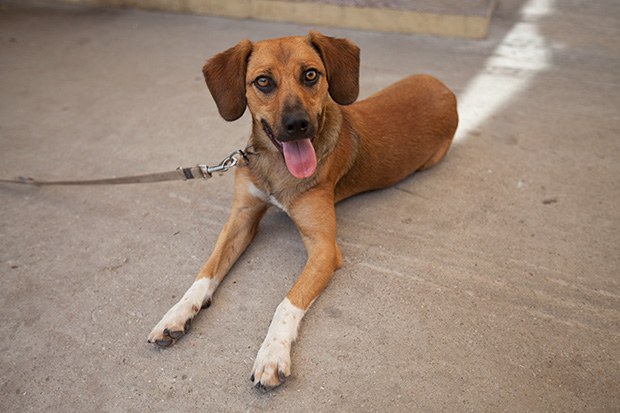 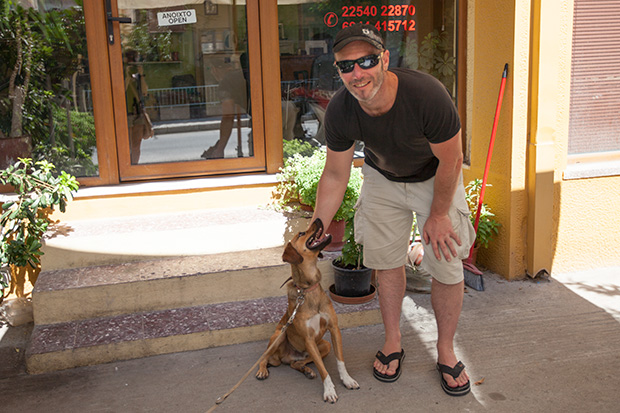 George's proposal was quite unexpected but we thought "why not" and started unravelling Rocky's rope that had been wound around the pole several times. The excitement and energy in this dog once he realised a walk was imminent was really quite extraordinary. He was like a mad animal jumping up and down yelping, completely untrained for walking and extremely out of control. But we were determined to give Rocky a lovely half hour away from his confines and out into the wild world of Limnos.

The first ten minutes were excruciatingly challenging, with Rocky dragging Tony with all his strength and just generally being a CRAZY dog, but the heat and sun quickly brought him to exhaustion and having run out of pee (he was marking his territory on EVERYTHING) he soon realised lifting his leg every 2 seconds was pointless also. He settled down and was happy to just trot alongside us and stop for a few sniffs every now and then. 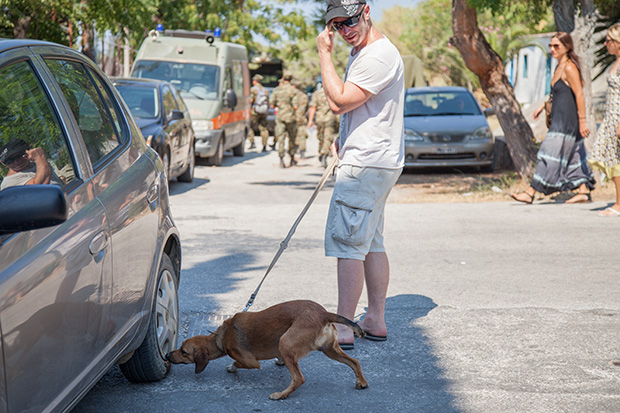 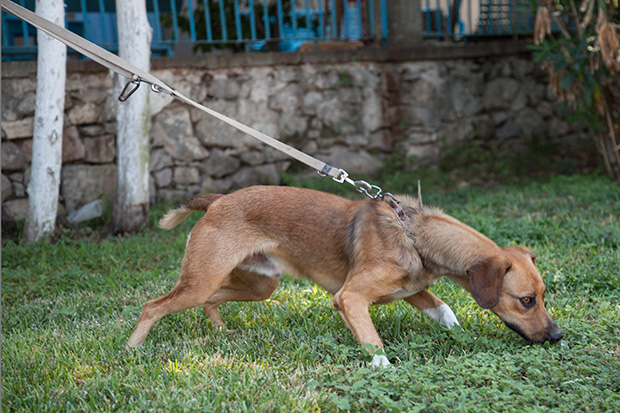 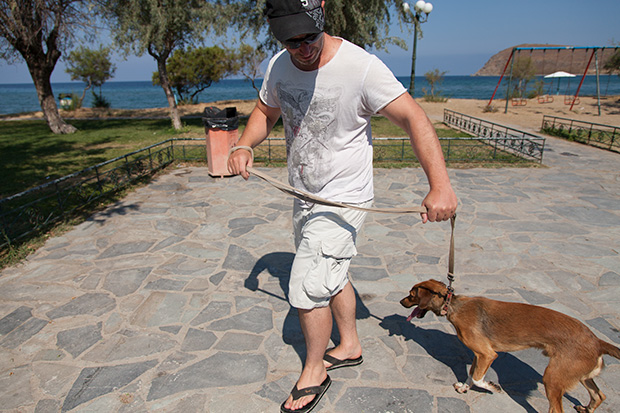 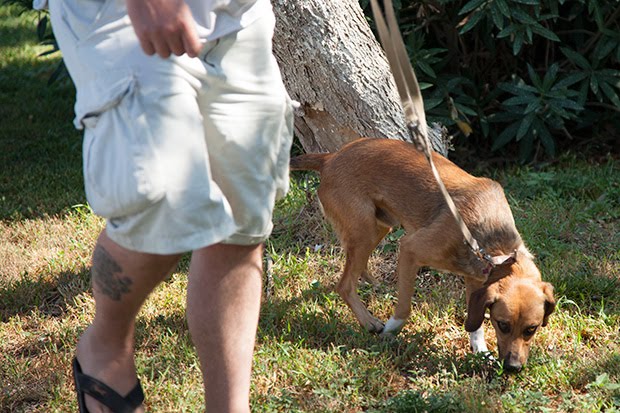 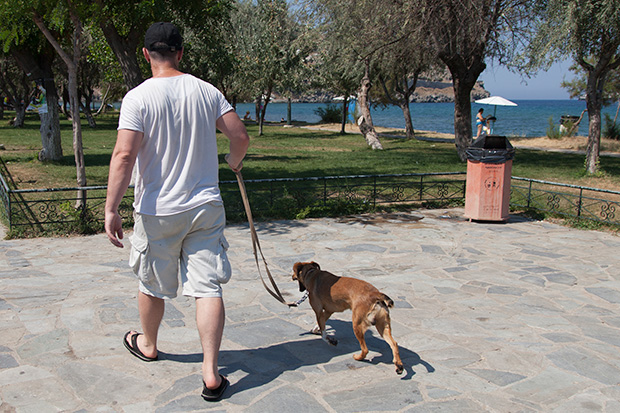 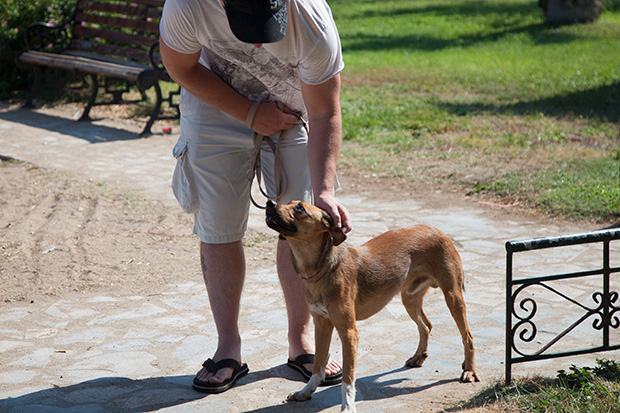 We took Rocky for a few walks, one time joined by a young boy named Mihalis. We were walking down a quiet street and out came this boy from nowhere wanting to help walk the dog with us. Our attempts to tell him in Greek that he should go back home were falling on deaf ears as he insisted he holds Rocky's lead with Tony. "I do this before" he said in English. Perhaps he's another one of Rocky's regular dog walkers? We decided there would be no harm allowing him to join us (and it also reaffirmed a growing theory that Tony is actually the Pied Piper ... ) 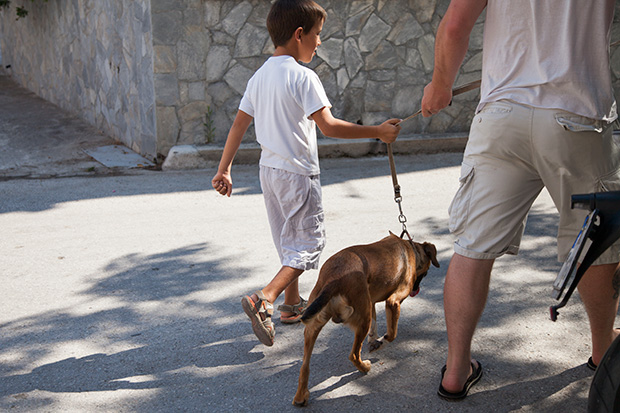 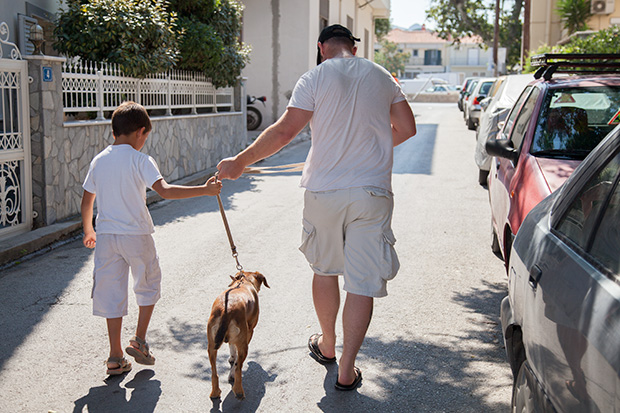 And one more island dog that deserves a mention is the Pharmacist's immortal chow chow. Now that is a lucky dog indeed. He would have to be a thousand years old. Even the first time we met him in 2009 he looked a thousand years old. He certainly looks like he's been through the wringer that dog. He has no teeth, black testicles and a black tongue, can hardly walk and spends most of the day lying on the road looking dead. The only thing that seems to move on him is his animatronic tail as Tony calls it, mechanically moving up and down like a robotic part. 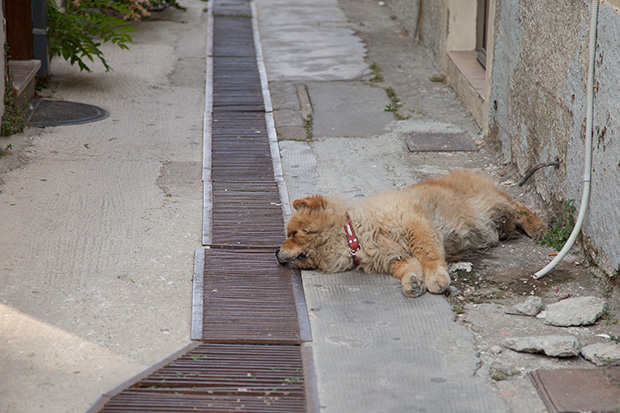 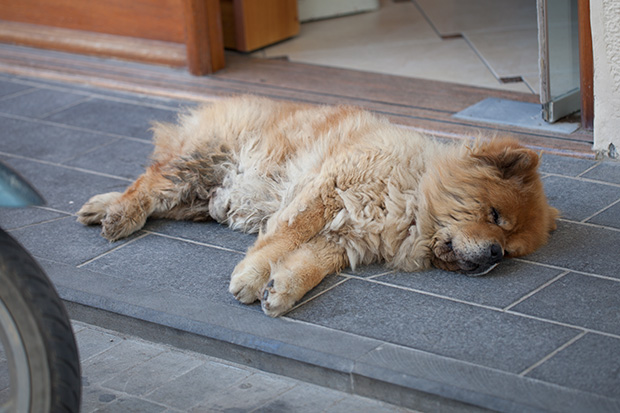 The "Walrus" as we've affectionately named him lies on the road outside his owner's shop all day, waiting for him to finish work and take him home. On a motor scooter. It really is a sight to see, this walrus lifting its dense body up off the ground and using every last bit of energy and effort to haul itself onto the platform of the motor scooter at his owner's feet, and watch them ride away. Last year Tony and I spent literally hours outside the shop one night, painstakingly waiting for the Pharmacist to close the shop and take his dog home, just so I could capture it on video.

Click here to see the video of Pharmacist Man taking Chow Chow for a ride.