If there's only one place on Limnos that you should risk riding a motor scooter to, it's the unsigned, unmapped but spectacular volcanic location of Cape Faraklo. The area is also sometimes known as Falakros, meaning "bald", a name given to describe the large, barren hills of the area. Be aware though, the only way to reach the rugged coast of the northern parts of the island is by luck. 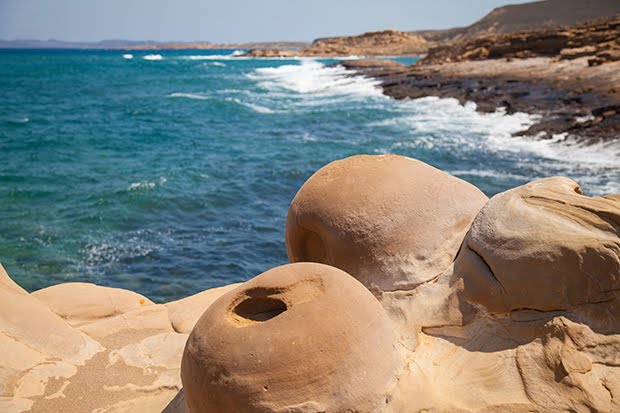 Your first challenge is to get through the village of Propouli, the last village before the roads turn to gravel. Propouli may be the smallest village of the island, but it has been cleverly designed to prevent visitors from leaving. The main square of the village is a lovely shaded area to sit and sip on frappes before heading back out into the sun to ride to Cape Faraklo. But it's not dragging yourself away from the frappes that's the hard part. Trying to ride out of the village without getting caught in a loop that takes you back to the square is nothing short of an embarrassing nightmare – the locals laughing at you every time you go past ... for the seventeenth time.

And this was just the beginning of our guessing-game adventure. Once you finally make your way out of Propouli, several gravel roads beckon you to veer off the main track with hopeful expectations that they will take you due north, only to branch off into several more gravel roads in every direction except north. Some will take you to Falakros, others won't. Your only real option at this point is to refer to eenie meenie mynie moe technology.

Glimpses of the ocean beyond the sand dunes are an encouraging sign and as long as you keep taking the tracks that lead to the sea, you just might reach the final golden fork in the road where the one and only landmark that will take you to Cape Faraklo lies. Lying on the ground in the dead grass is an old wooden sign that has fallen off its rusty post. The sign has "ηφαιστειακοί βράχοι" hand-painted on it, which is Greek for "volcanic rocks". This is the only indication available anywhere on these gravel roads that gives you hope you are heading in the right direction. 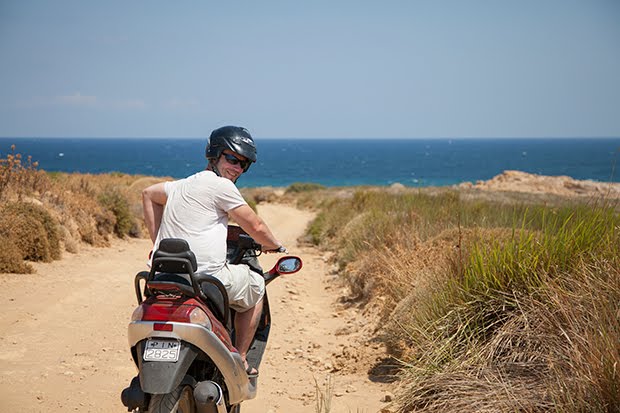 If you're four-wheel driving, this rocky adventure will be a lot of fun for you, but on a 50cc motor scooter fitted with bicycle tyres in searing 37-degree heat the destination really needs to be magnificent to make the ride bearable, let alone fun. And magnificent it was.

Much of the area is made up of rugged coastlines carved by wild, swirly surf crashing against the rocks. The rock surface is flat enough to walk along and, as long as you're not taken out by an unexpected tsunami-sized wave, you will eventually reach the beautiful geological marvel of the volcanic rock formations of the cape. 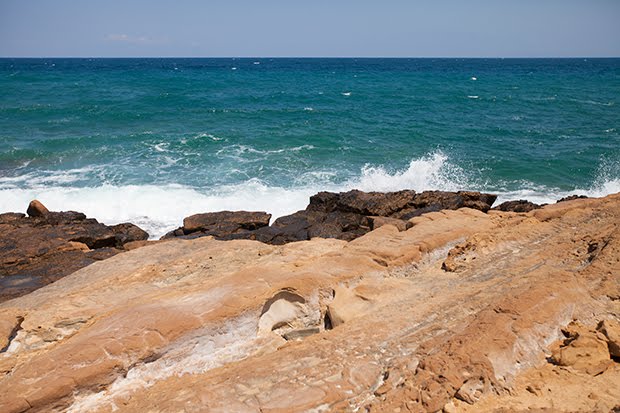 Evidence of an extinct volcano remains in the form of petrified lava around the coast of this magical area. Large bubble formations, lava rivers and a huge "wave" of solidified volcanic matter has been frozen in time in the most amazing colours and textures. I've never seen anything like it. Such a beautiful, naturally sculptured landscape of colour and movement that truly takes your breath away. 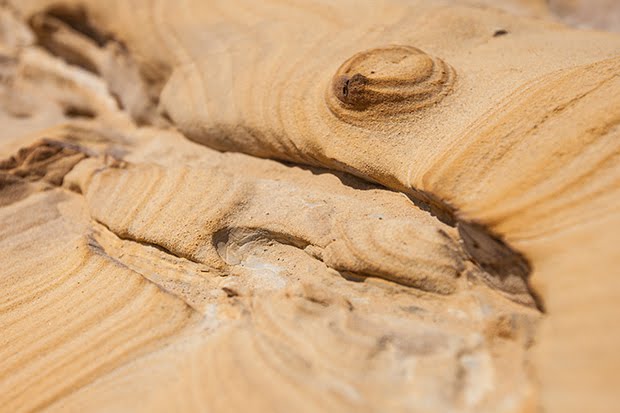 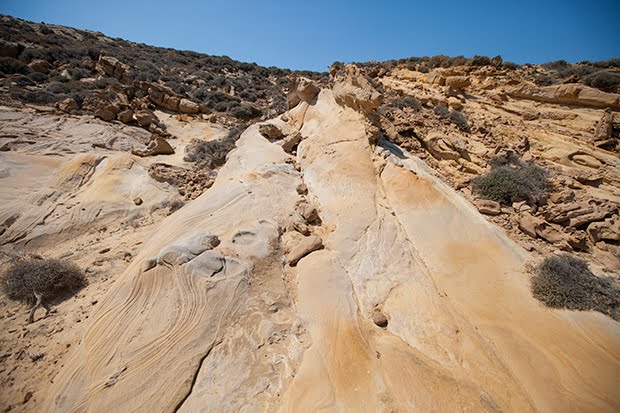 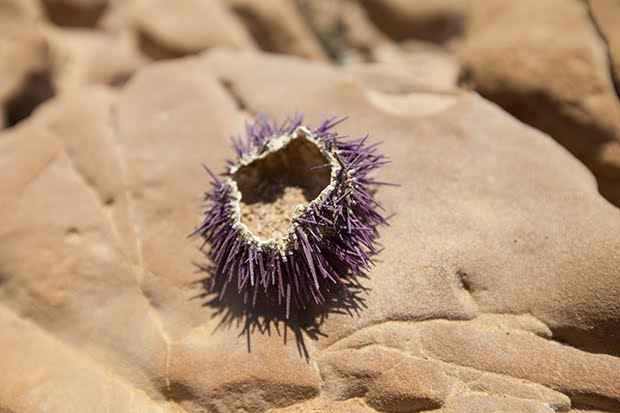 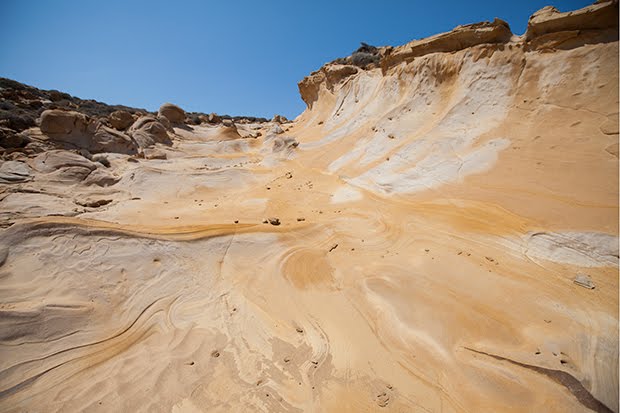 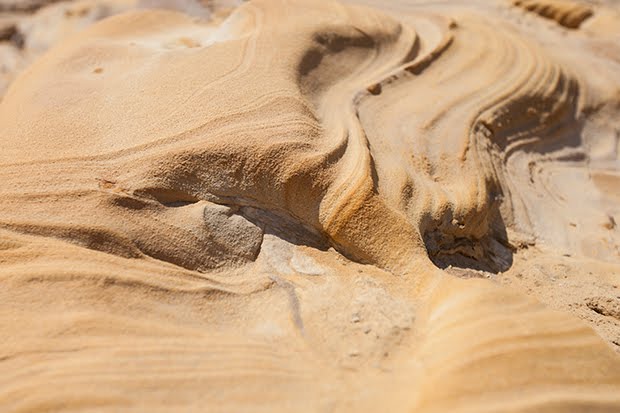 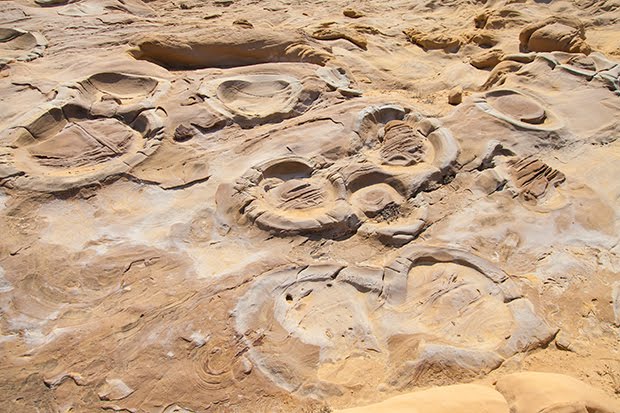 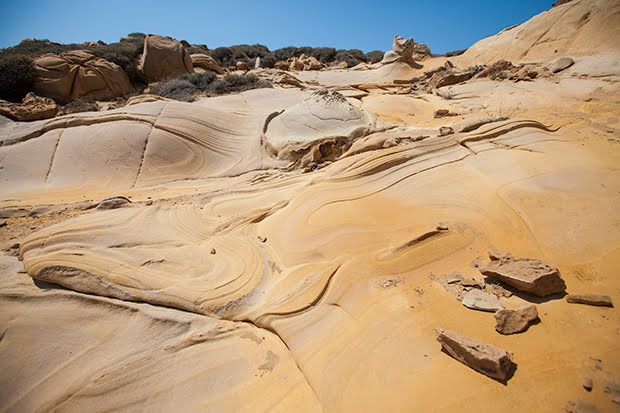 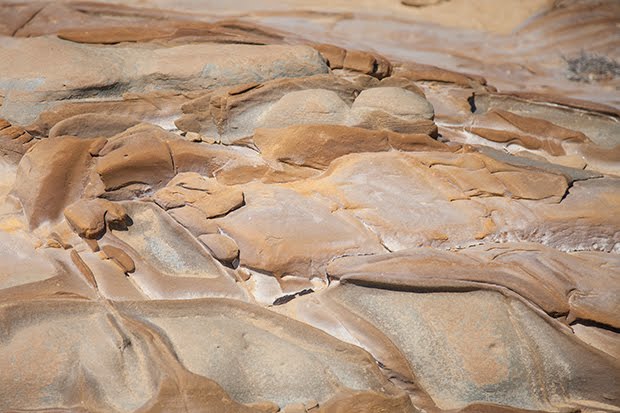 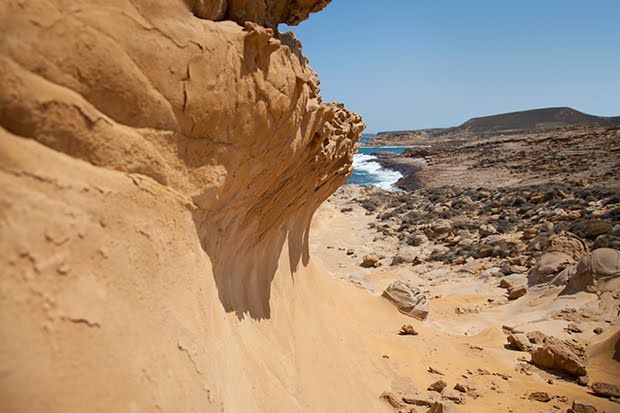 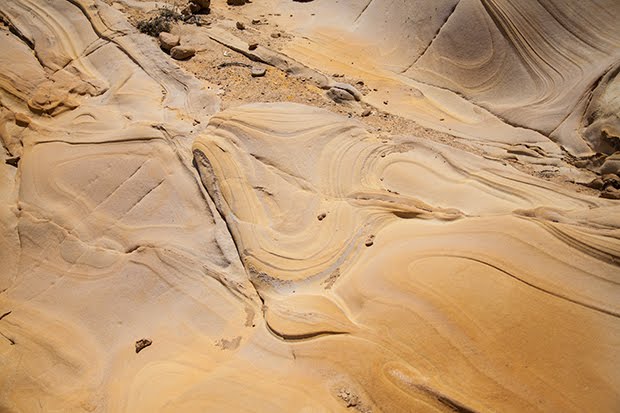 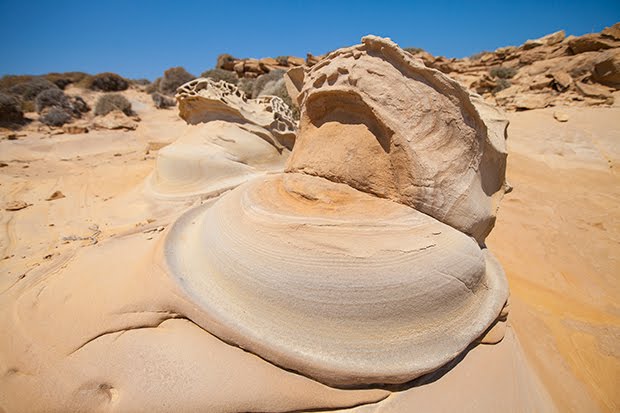