Last year we were surprised and disappointed to find very few cats on Limnos. The prevalence of stray dogs seemed to have increased, and dramatic stories were going around that the dogs were eating all the cats.

This year there appears to be a turning of the tables between feline and canine. The cats are on their way back and now horrid stories are being told of people poisoning the stray dogs.

Interestingly, more and more Greek people now have pet dogs, mainly small, easy-to-look-after terrier and chiuaua types, but their owners are noticeably new to pet ownership, not knowing how to walk their dogs properly (in fact holding them most of the time) and some not walking their dogs at all, keeping them tied to a rope all day. Some of the lucky pet dogs are allowed in shops and get to ride with their owners on motor scooters. Remember the Pharmacist's chow chow walrus dog? It's still around. There will be more on the dogs of Limnos in a separate blog entry coming soon!

So while the street dogs are much fewer (last year's "lanky dog gang" wasn't to be seen anywhere this year), it seems the cats are making a comeback. Perhaps they were just in hiding, waiting for the dog phase to pass! 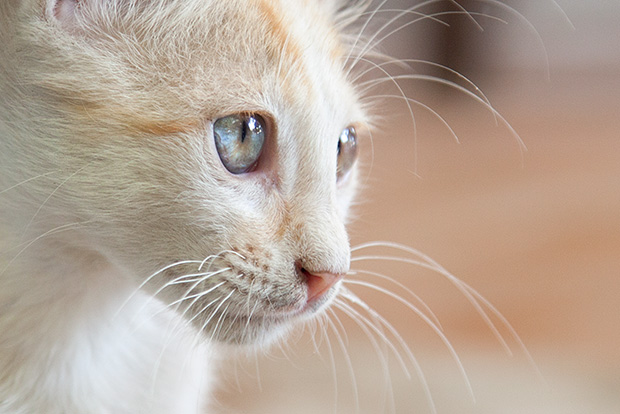 One of the most likely places to find cats in Limnos is on Kyprion Agoniston Street, near the Afrodite Hotel. Every time we've been in Limnos, even last year during the cat drought, we were guaranteed to be approached by a friendly cat on Kyprion Agoniston Street. Our theory is that the owner of the hotel is a cat lover and keeps them as pets. These cats are so affectionate and relaxed, not like the skittish scaredy cats you see at the tavernas.

Kyprion Agoniston Street happens to be the road we take to walk from the house to the beach, so patting the Afrodite Hotel cats was a daily occurence for us. This year the family of cats living there consisted of the mother cat, with teats so overused they almost touched the ground, two tiny kittens presumably from her most recent litter, and three young cats, perhaps from her previous litter. The kittens were particularly gorgeous, as all kittens are, and we'd often see them playing together in the street, oblivious to crazy Greek drivers, much to our distress! We were very relieved to notice after a few weeks someone at the hotel (perhaps the owner) installed a large makeshift playpen on their balcony to house the kittens. No more pats from us but they seemed very happy in their new home and protected from the various dangers of Limnian streets!

Greece has always been known for its beautiful cats – everywhere you turn there is a rack of Greek cat postcards and calendars featuring cats of the Greek islands. But real life cats no longer fill the streets of Greece the way they used to. Some people consider them pests, and its those few that have probably campaigned to lessen the cat population of Greece. But with more cats appearing in the streets of Limnos this year, and in Athens too, perhaps these clever little felines are organising a campaign of their own – to help the Greek economy by bringing back one of their country's biggest tourism drawcards! 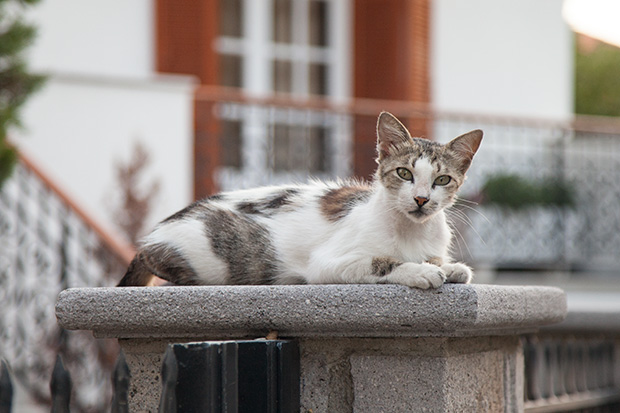 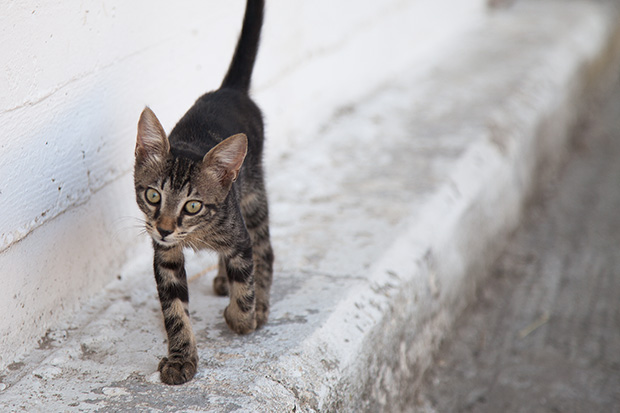 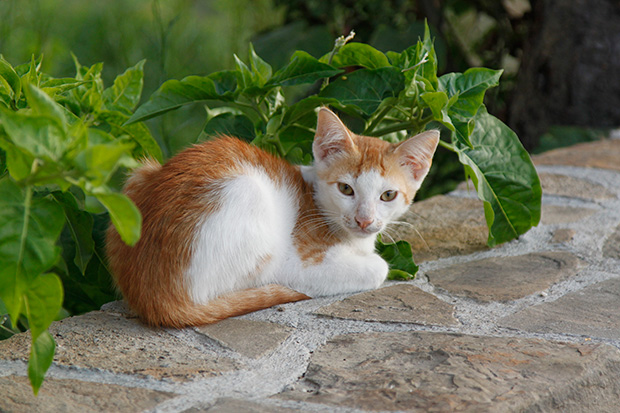 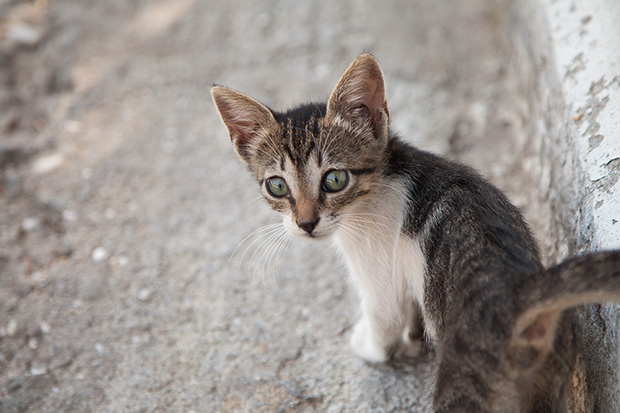 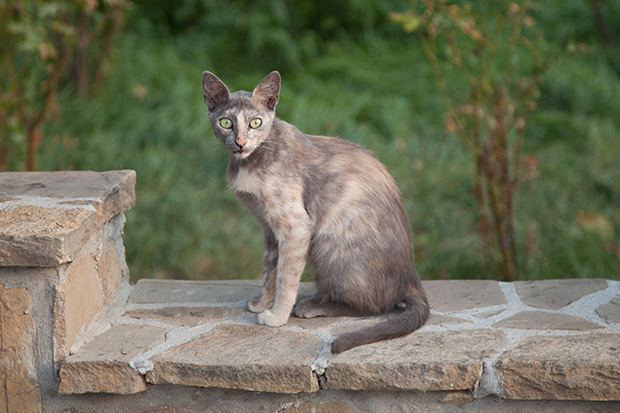 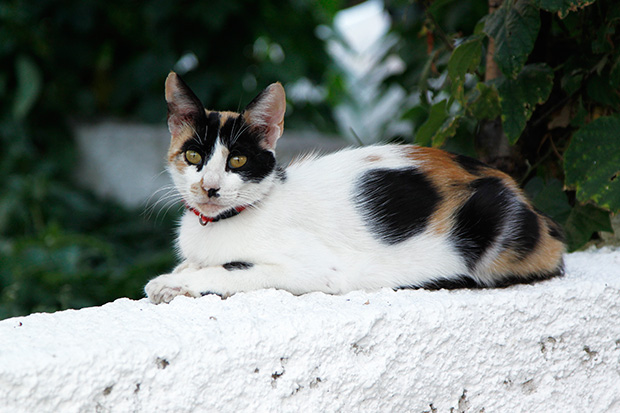 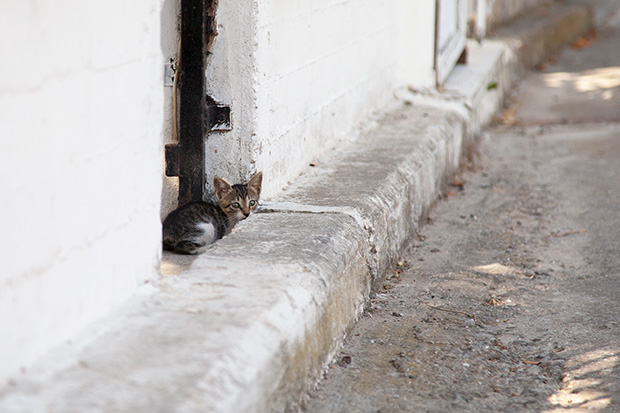 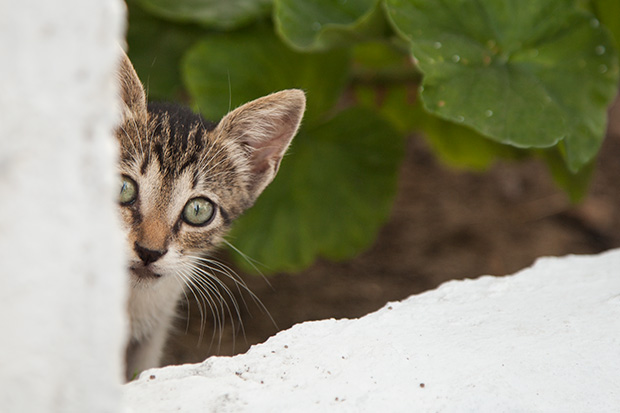 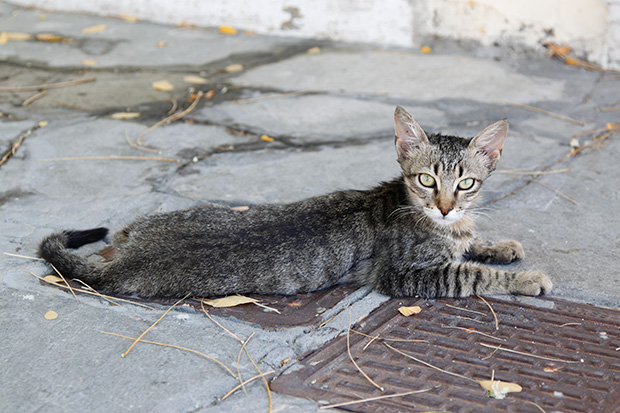 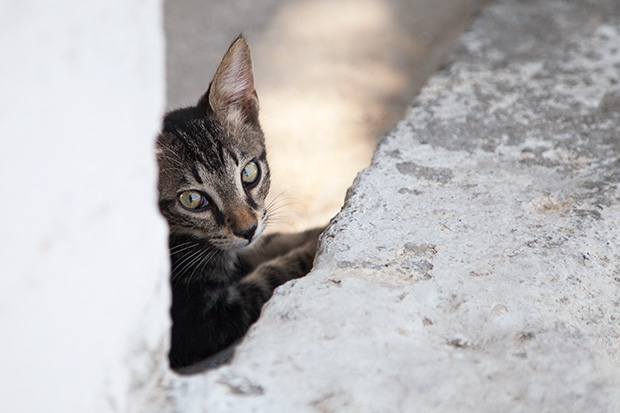 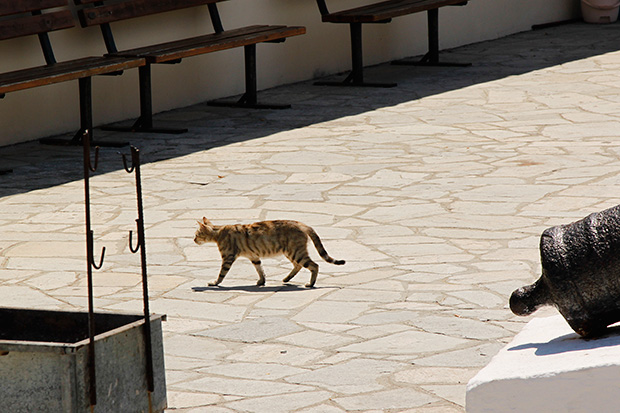 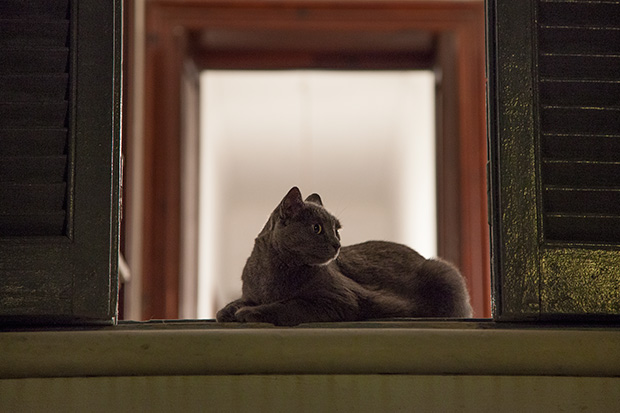 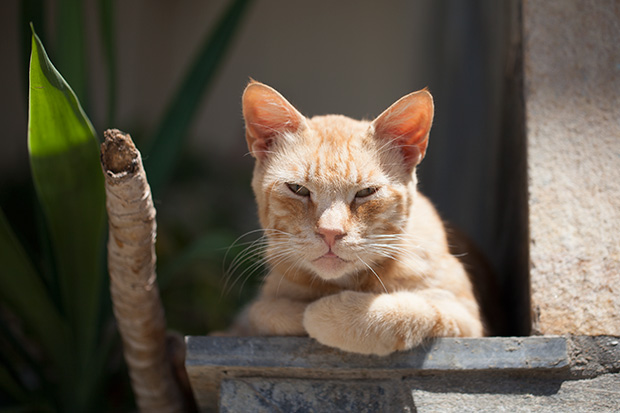 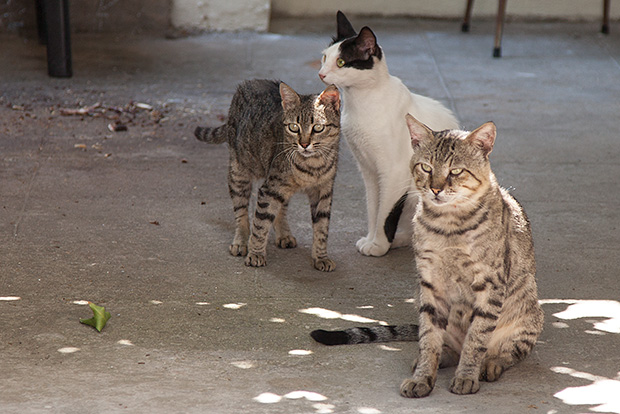 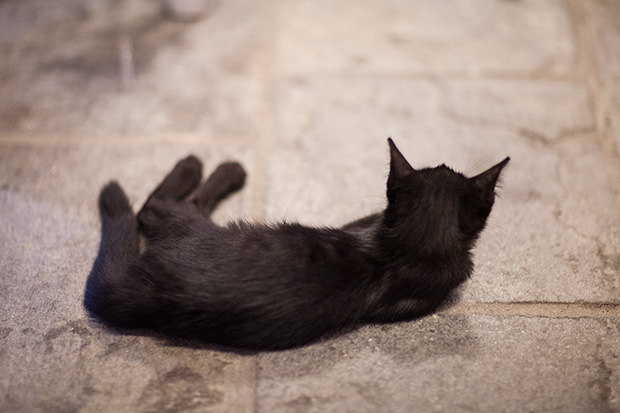 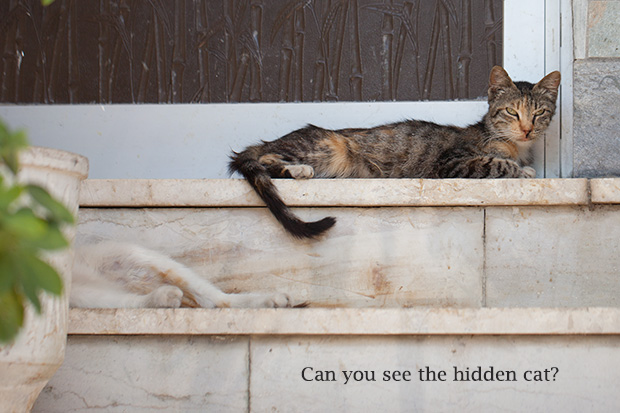 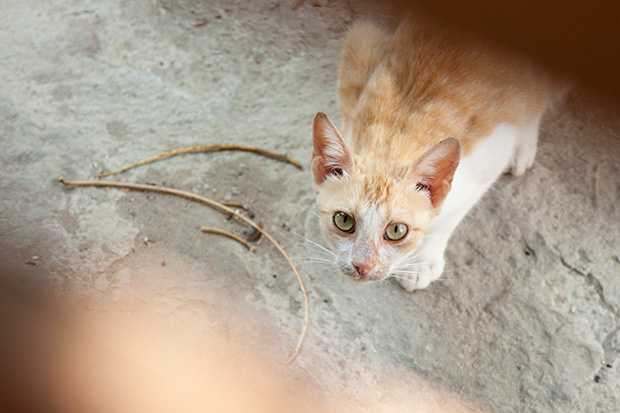 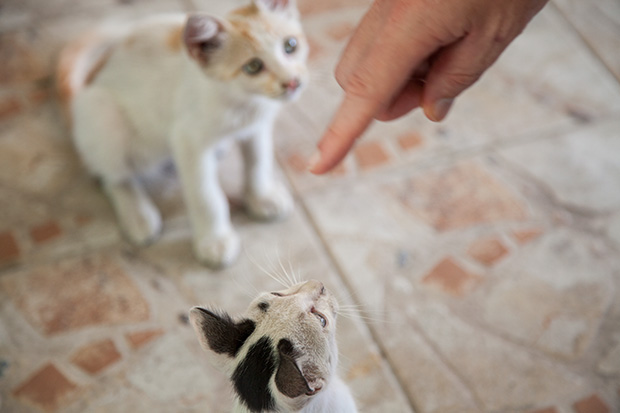 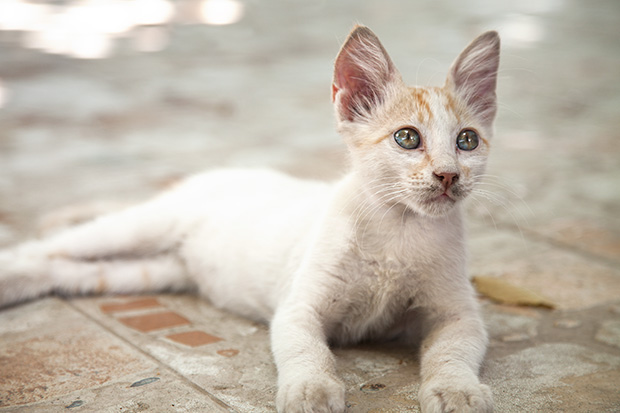 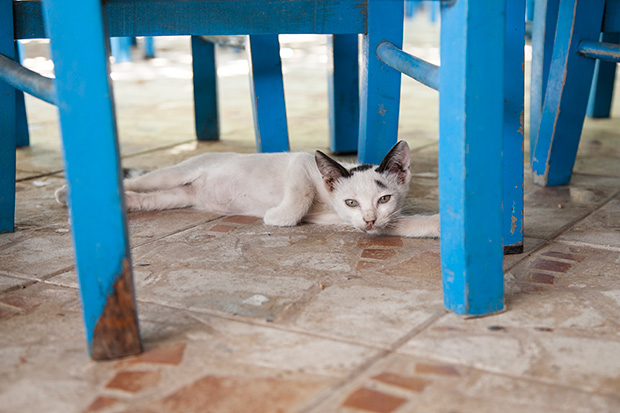 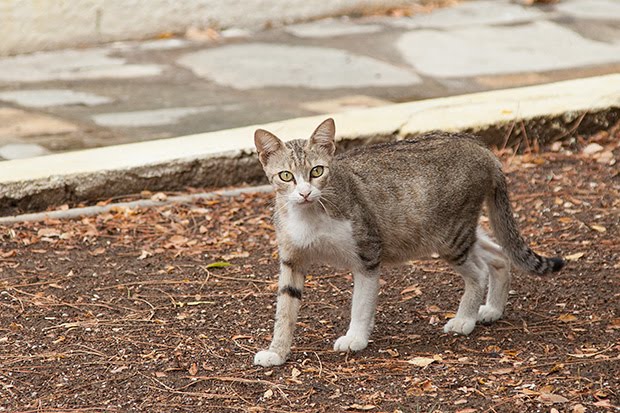 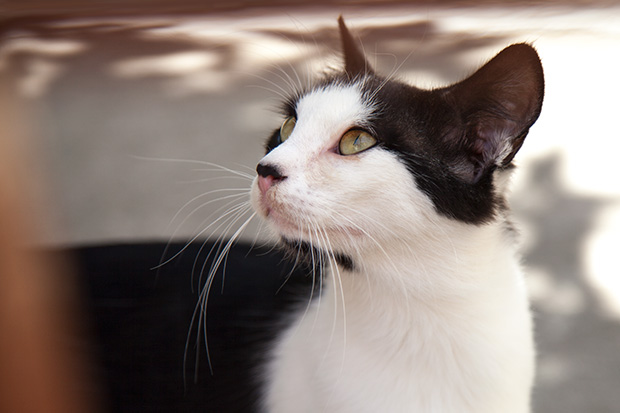 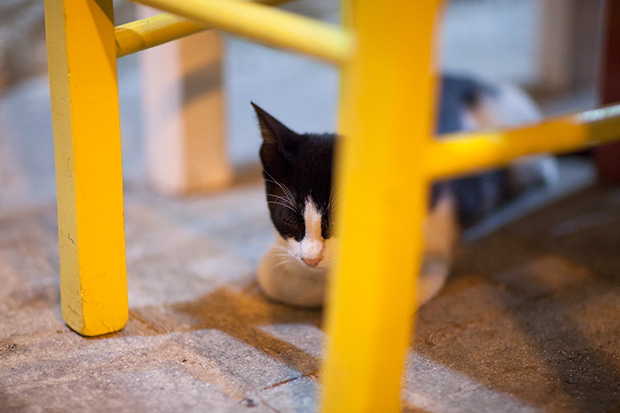 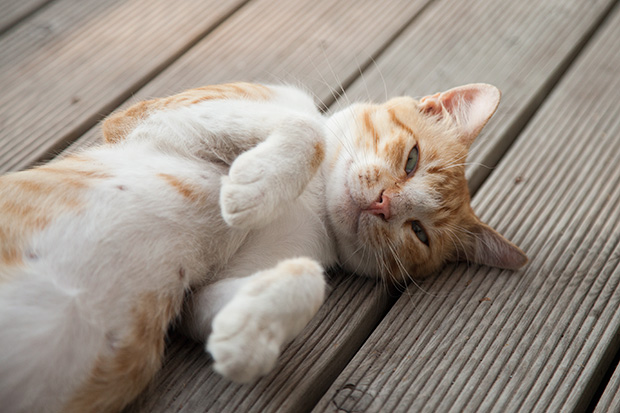