Well we've been in Limnos three days now and I still haven't had a chance to tell you about our last day in Athens, but I have a bit of time to spare at the moment while everyone is asleep for siesta.

It's incredible what you can do with technology these days. I've already written the blog post for that day, on location in the middle of the Saronic Gulf, and all I had to do this afternoon was copy the file onto a USB stick to transfer it from Tony's notebook computer to the main laptop which is what we have hooked up to the internet here at the Limnos house. Below is what I wrote on that wonderful day ...

This is too good to be true. I'm on a 120-foot catamaran cruising around the sapphire seas of the Saronic islands while writing this blog post. It has to be a dream ... Tony? Is this really happening?? "Yes, because if it isn't, I definitely paid too much for an imaginary frappe." 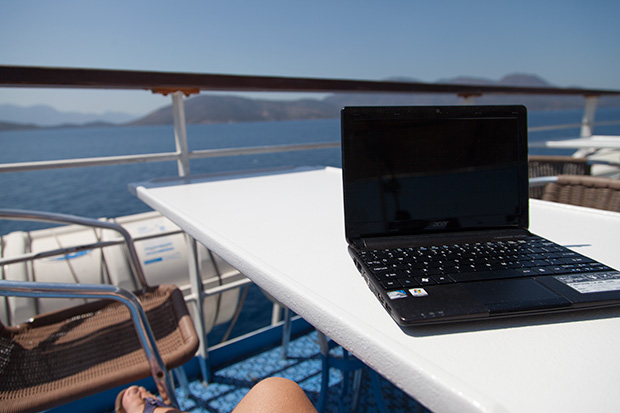 So here we are on a one-day cruise around the islands of Hydra, Poros and Aegina, just south of Athens. We have already seen Hydra, a hilly island with unique architecture, and we have just left Poros, a smaller island just a few hundred metres from the Peleponese mainland. We are now on our way to Aegina, known for its pistachio nuts, where we will take a bus tour of the island.

The weather today is just glorious, as it has been every day since we've been here in Greece. For some it is too hot, but for Tony and I it's perfect. The temperature averages around 30 degrees for most of the day, apart from the mid afternoon when it reaches around 37, but this is the time we are usually resting in the hotel so it's not such a bad time of day for us. At night it doesn't drop below 26 which is perfect for al fresco dining in Greece! The sky is eternally blue every day, with only a little haze on the horizon. Here on the boat there's a gentle breeze and the cool spray of seawater mist to take the edge off the heat of the sun. 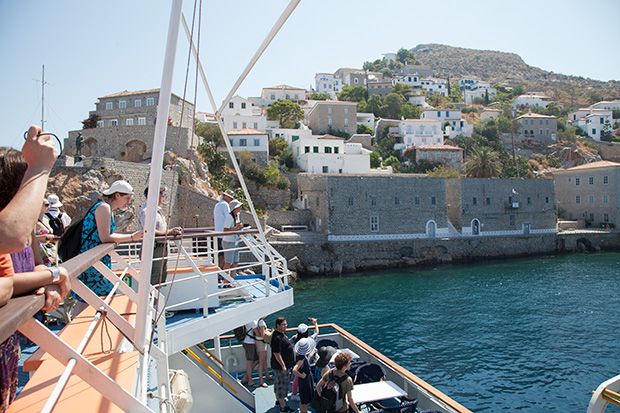 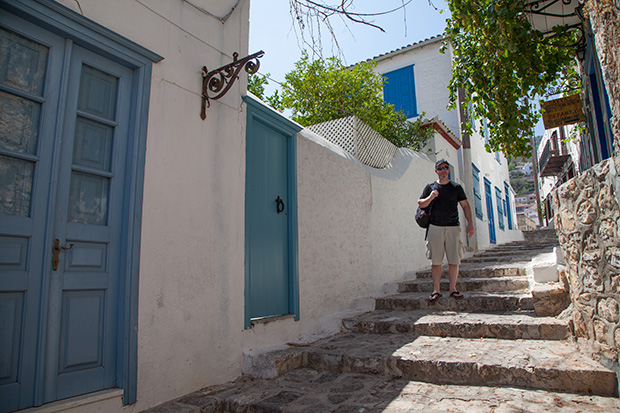 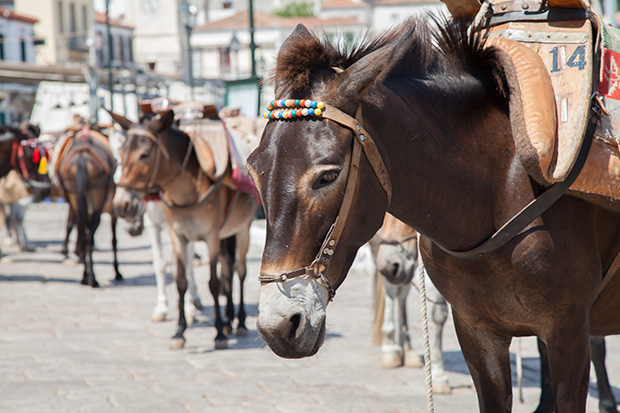 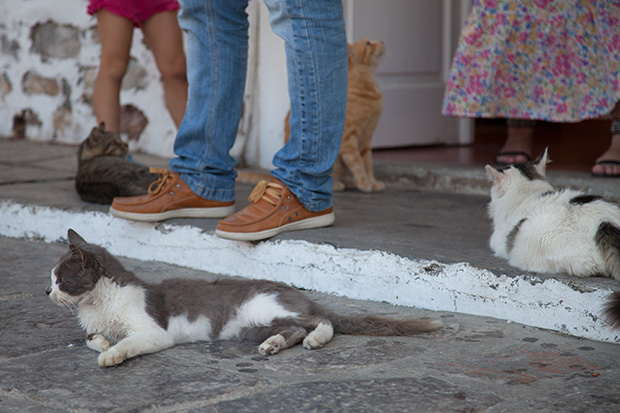 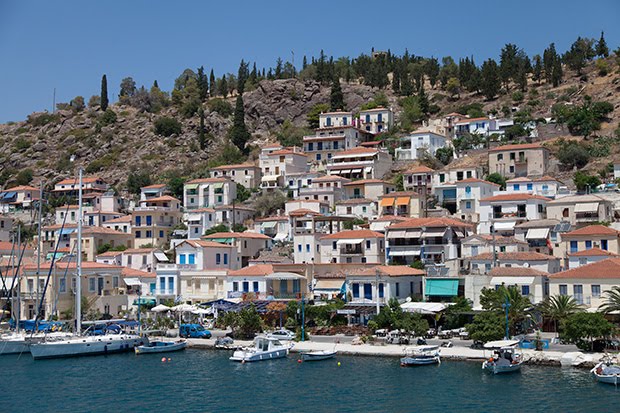 The Peleponese mainland of Greece is only a few hundred metres from the island of Poros. This is the village of Galatos on the mainland: 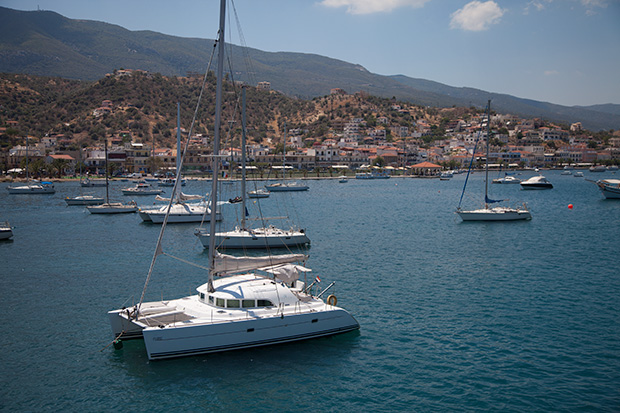 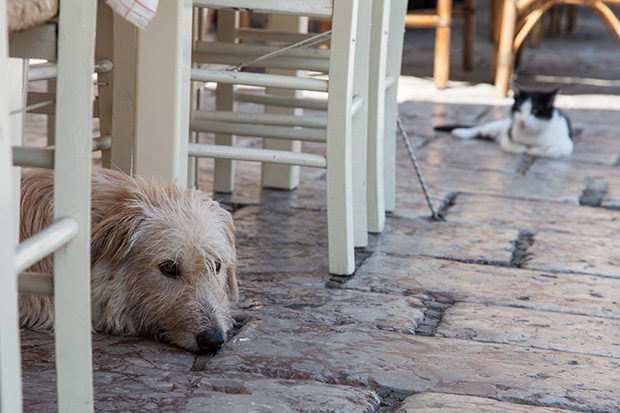 We are now back on the boat after visiting the island of Aegina, the second largest of the nine islands of the Saronic Gulf. Our bus tour of the island took us around some of the coast and then inland to a beautiful church, St Niktarious, made of marble, terracotta and mosaic. 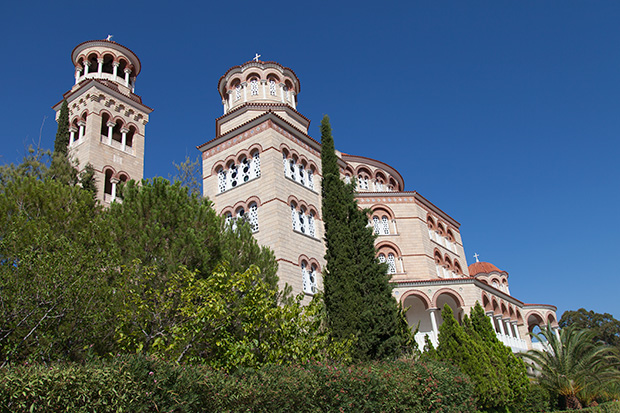 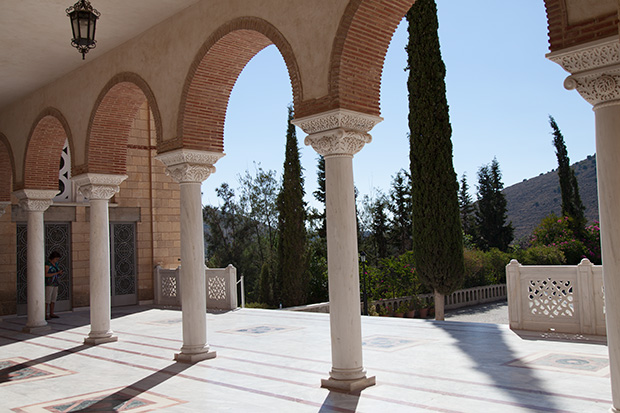 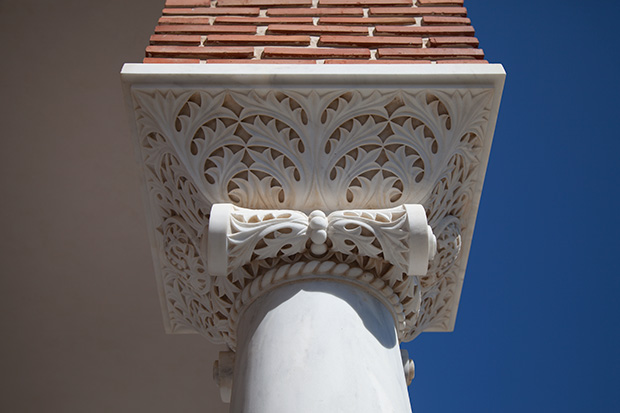 It is well known that the Greeks are very animated people and they love telling big stories with great emotion and drama. Our tour guide was no exception. With crescending and descending inflections in his voice, he told of the story of Zeus and the baby he had with Aegina on the deserted island of the same name. In order to populate the island with people so that their child would not grow to inhabit the island alone, Zeus ordered that all the ants of the island would be transformed into human beings. Don't you just love Greek mythology? We were also told that Aegina was where the first coin of Europe was made around 480BC.

Aegina is also famous for its pistachio nuts. I love pistachios, or "fistikia" as they are called in Greek. I'd never seen a pistachio nut tree before and part of our bus tour was to visit some of the pistachio farming areas of the island. We were also encouraged without subtlety to purchase nuts from only one particular store at the port – most likely the tour guide's sister's business! 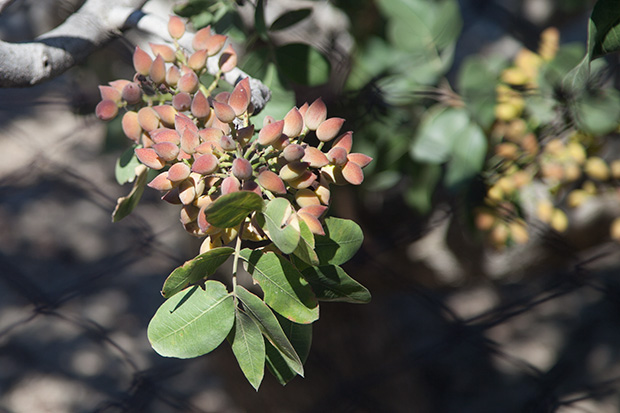 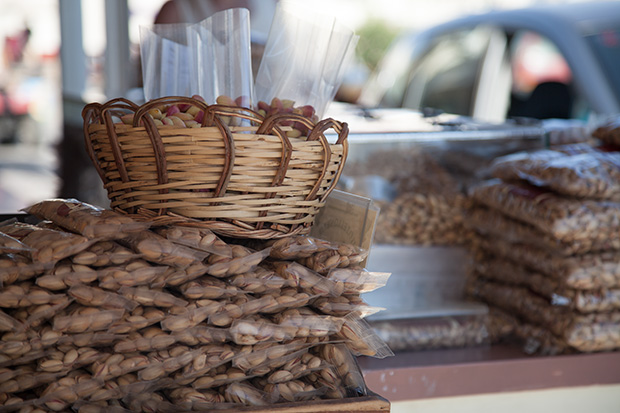 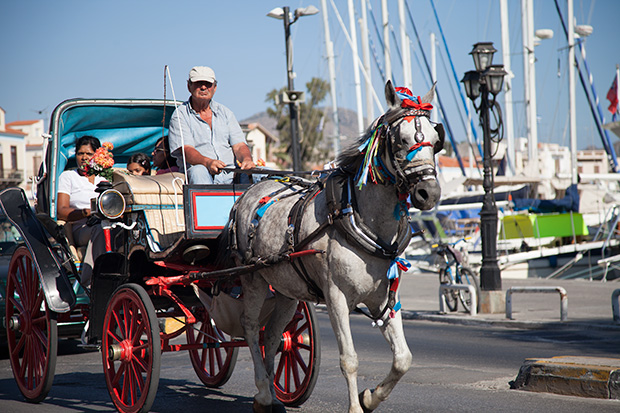 As the boat rocks from side to side, I can see the reflection of the sea in the screen of the laptop, slanting one way then the other. It's such a relaxing motion the sway of a boat. We are here on the top deck with around 15 other people. There are tables and chairs under a large canopied area with a drinks and snacks bar decorated with plastic tropical fruit. Playing in the background is Julio Iglesius, I can smell someone smoking a cigar, Tony is sitting opposite me at the table with a beer, and all around me is that sapphire sea. All we need to see now are some diving dolphins. It all sounds really tacky, but it's actually really, really wonderful. 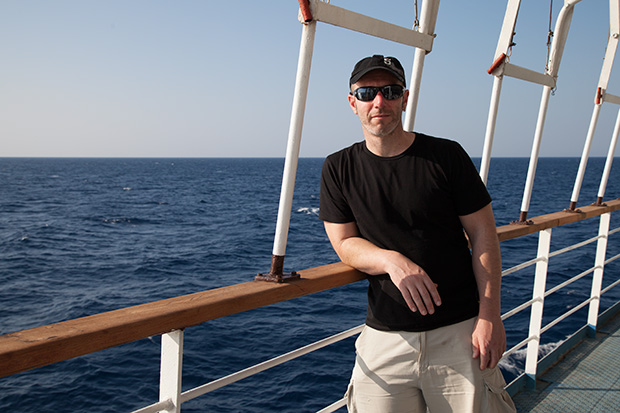 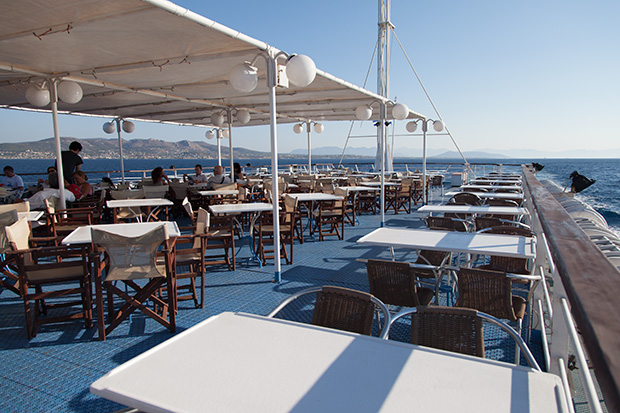 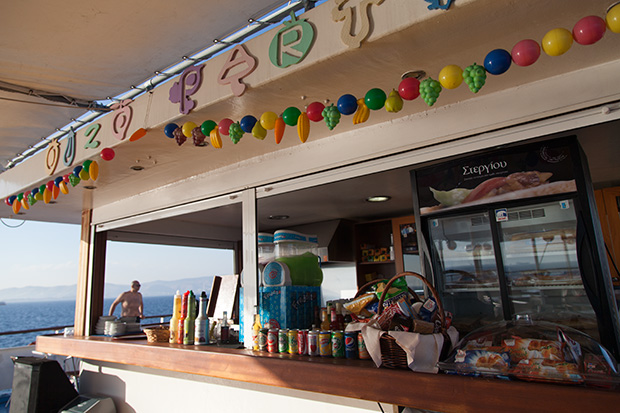