Tony was keen to visit the place the programming language he uses to write his software was named after – Delphi. I was keen to visit Delphi for a very different reason. It is an ancient town situated amongst some of the most beautiful scenery in Greece, in the alpine region around Mt Parnassus, the second highest mountain of Greece at 2,500 metres above sea level. 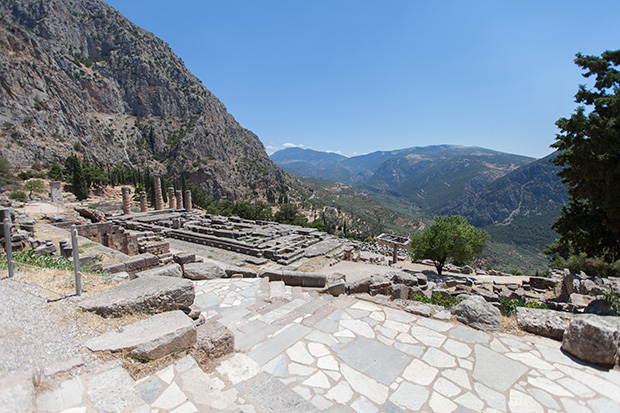 Delphi is the site of the Delphic Oracle where in the classical Greek world, wise answers would be given to all kinds of questions, and is also the site for the Pythian Games, one of the precursors of the modern Olympics, starting in 776 BC.

In the late 1800s, excavation of the site uncovered a settlement that included the Temple of Apollo, a theatre, treasury buildings, a gymnasium and stadium. Many statues and other artefacts from here now reside in the modern Archaeological Museum of Delphi on the same site.

The pictures will tell you more about this place than I could ever describe. It was a day of jaw-dropping awe for both of us. 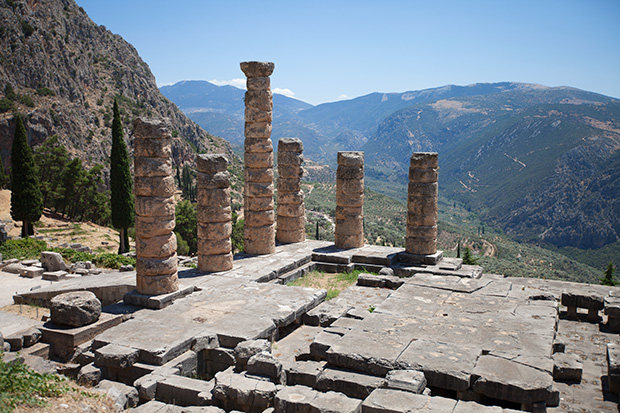 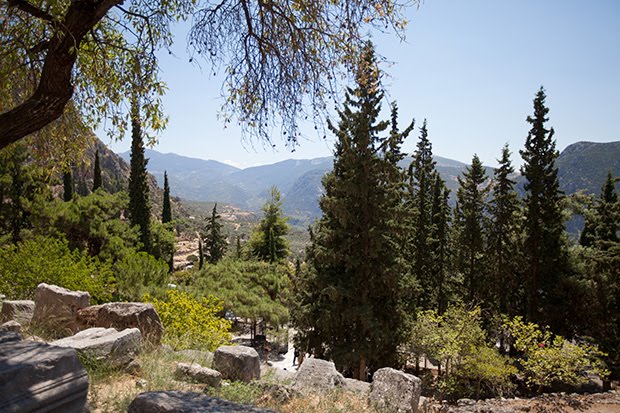 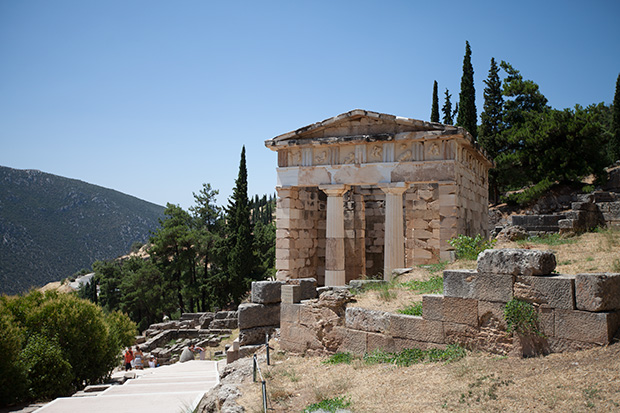 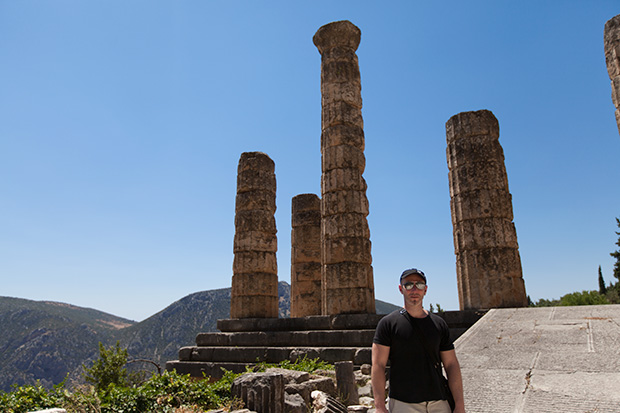 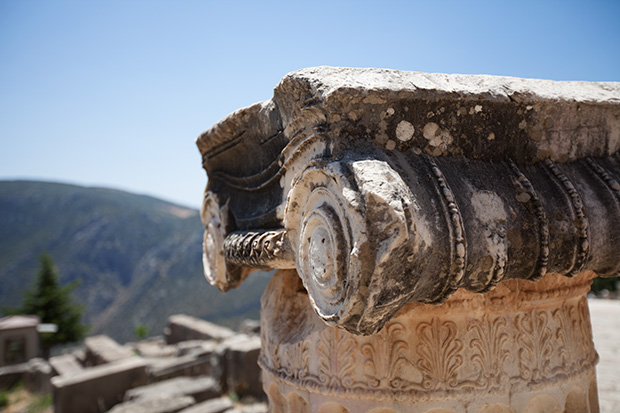 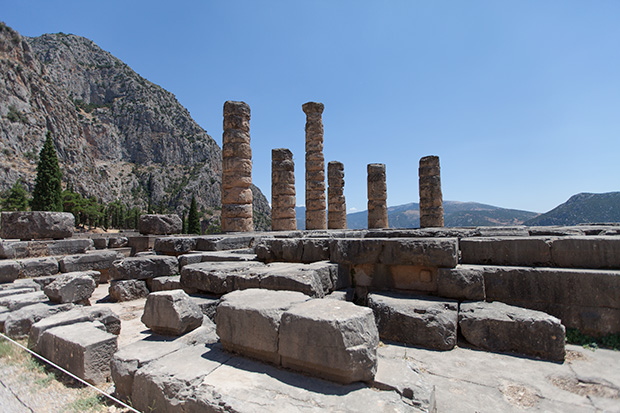 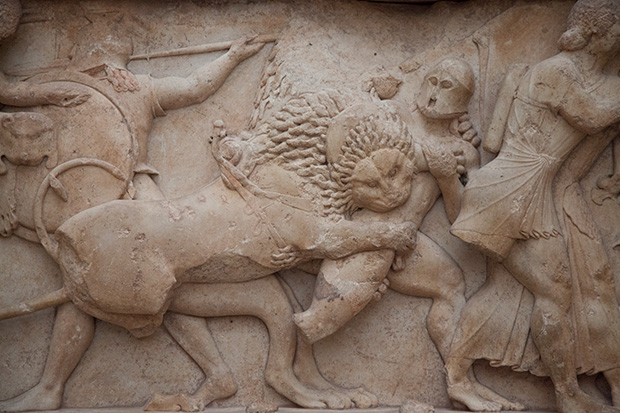 This beautifully preserved plate has not been touched up or restored in any way. The ink on the plate is the original ink in all its brilliance, as it was when it was found – the intense blackness of the crow is most impressive. 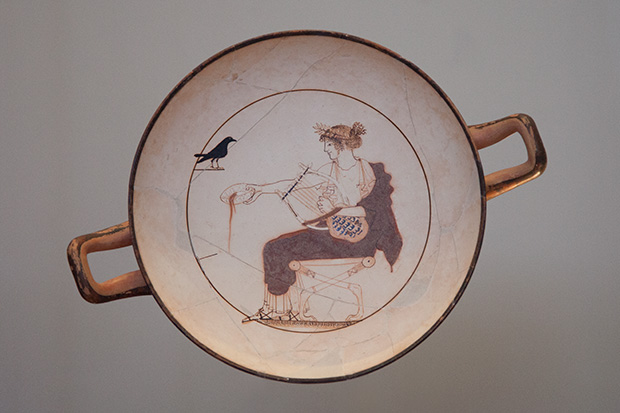 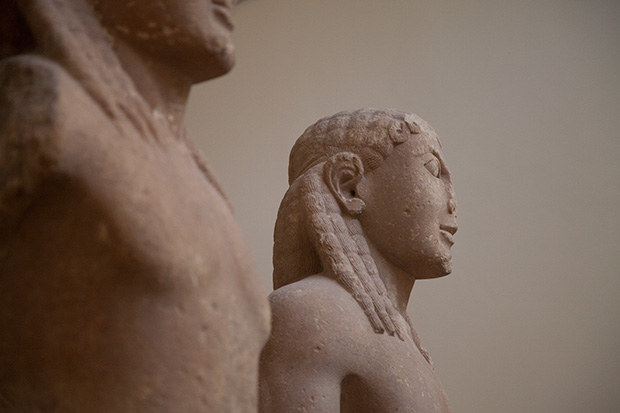 It's amazing where you will find a cat in Greece. This old one didn't look out of place amongst the ruins of Delphi. 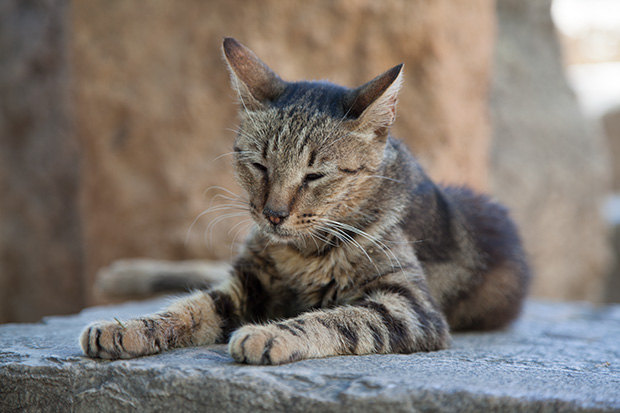 Alpine village of Arahova, near Delphi. This is a very popular skiing destination for many Athenians in the winter. 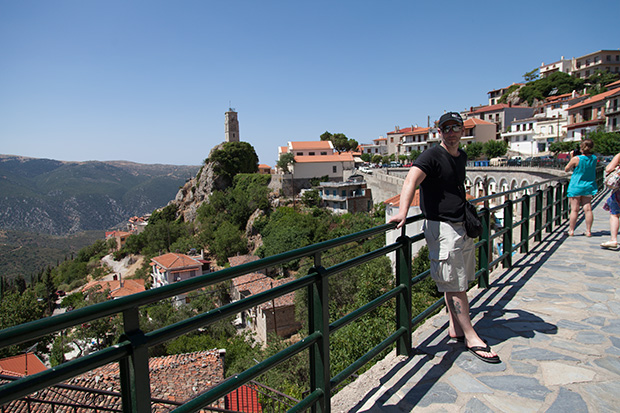