When Athens hosted the Olympic Games in 2004 a lot of money was spent on infrastructure, public transport and general beautification of the city. The coastal tram system was installed with three lines servicing the eastern and western beaches of Athens. I'd taken the eastern beaches ride with my dad back in 2004 and was keen to take Tony to show him another side of Athens. "The beaches are beautiful and there's lots of really nice places to eat" I reassured him. 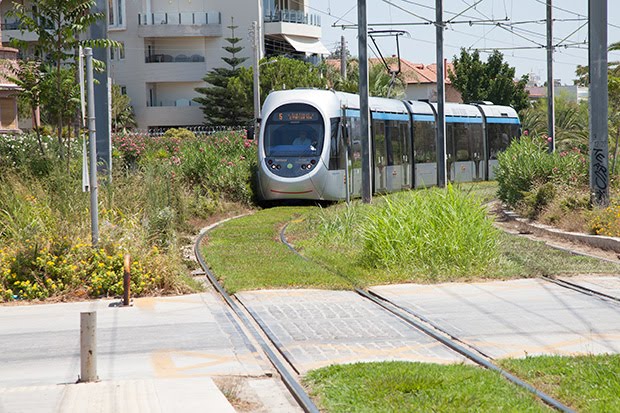 The coastal area of Athens is a bit like Port Phillip Bay in Melbourne with the shipping ports in the west (Piraeus) and the trendy shops and beaches to the east.

The eastern trip is about 50 minutes from the city passing through many different neighbourhoods of Athens for the first 30 minutes, then travelling along the waterfront for the remainder of the ride. Yes, the beaches are beautiful, and surprisingly, the water is as blue here as it is on the Greek islands, but the "lots of really nice places to eat" seem to have disappeared. We went right to the end of the line and the only place to eat was a beach bar with an entry fee of 5 euros and only light snacks on the menu. The girl at the gate recommended we go back six stops to Glyfatha. She convinced us that Glyfatha was the place to go, "Very nice beaches and lots of places to eat". 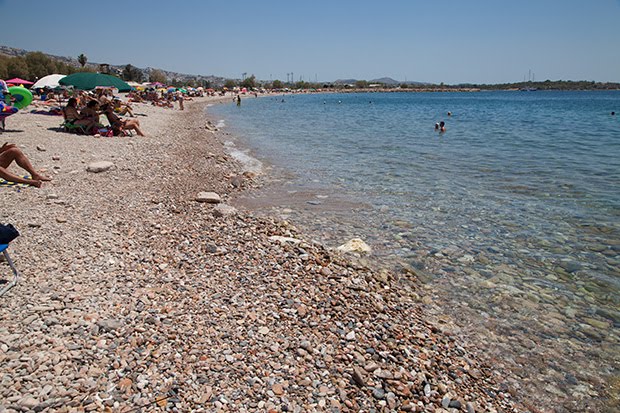 Well, either we got off at the wrong stop or she was playing a joke on us because we hopped off the tram to find yet again, not a lot of places to eat. In fact, there was just one. Which was quite ok to be honest. Hrysi Akti Taverna (review coming) was right on the beach and had lovely food and cold beer. And of course the main purpose of our little tram ride adventure was to see some of the suburbs of Athens, which is exactly what we achieved. 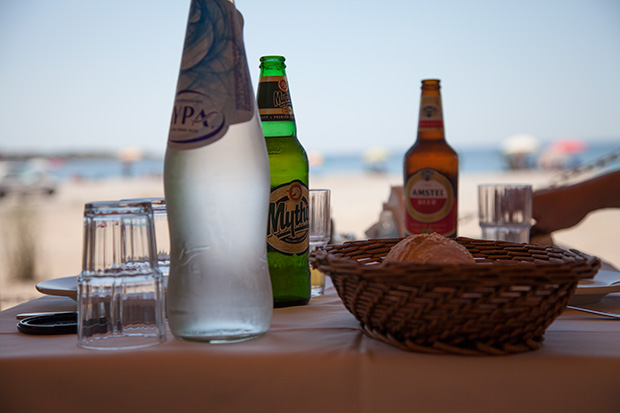 The Acropolis Museum was our next "must see" to cross off the list. This is an impressive piece of architecture, built just 300 metres from the Acropolis, and designed by Swiss architect Bernard Tschumi with Greek architect Michael Photiadis. The whole museum is suspended over a huge archaeological site, supported by more than 100 concrete pillars, with large areas of glass floors revealing the excavations below. 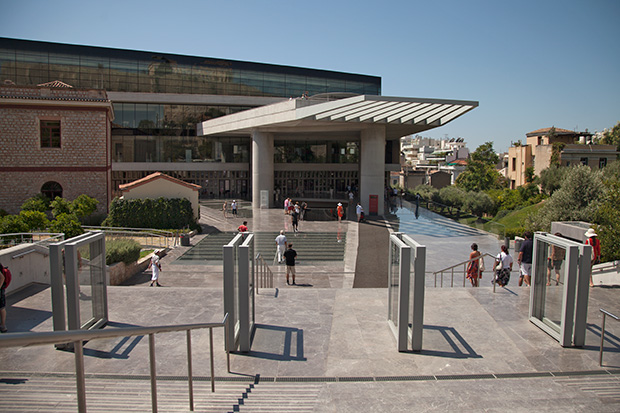 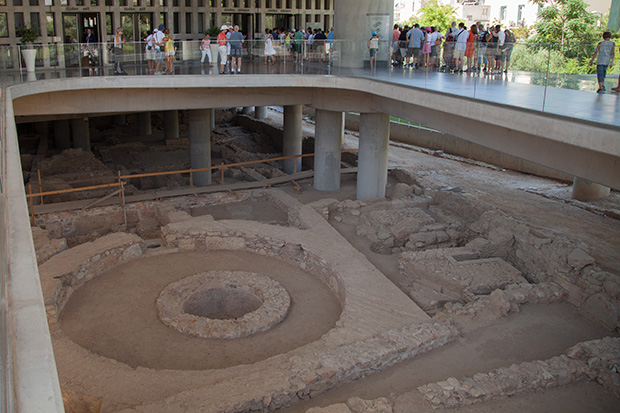 The museum exhibits the Parthenon sculptures in their entirety - some are the original works, others are replicas of those that now reside in the British Museum. Many of the antiquities found at the site at the time of excavation are also displayed in the museum.

The relief sculptures of the Parthenon frieze depicting the Panathenaic procession are exhibited in continuous sequence along the perimeter of the third floor of the museum. The second photo below is one of the original pieces from the frieze. 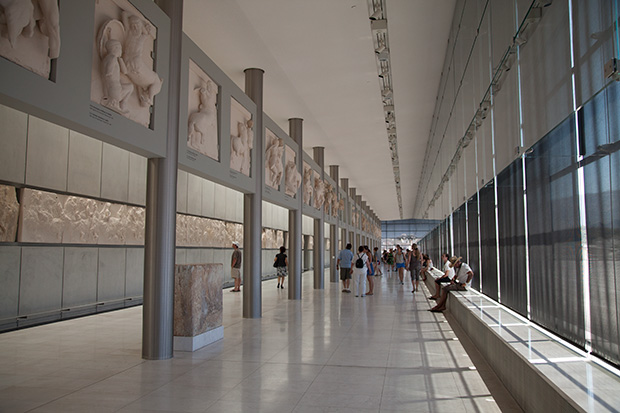 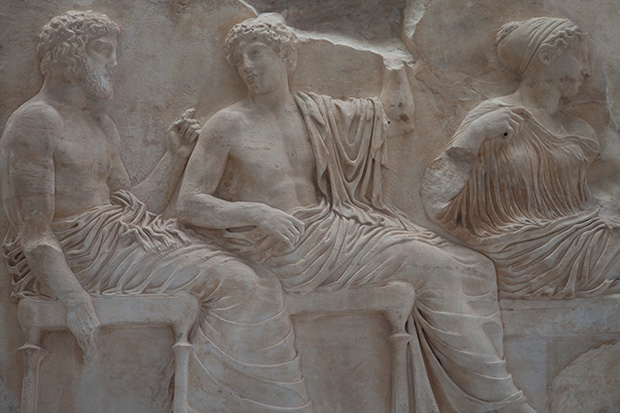 The afternoons in Athens are hot, around 38 degrees each day, but leaving the air conditioned museum to get back to our hotel for siesta was something that needed to be done, even if it would be a difficult task. The walk back to the hotel from the museum is only around 15 minutes, but with heated marble all around you (everything in Athens from the footpaths to apartment balconies is made of marble) it's like a 15-minute walk through a square kilometre kiln. And our burnt skin is evidence of that!

Tomorrow I will write about our day trip to Delphi which was a spectacular excursion of ancient history and beautiful alpine scenery. That's right, I said alpine ...