Once the capital of Limnos, Moudros is now the second largest town on the island. The bay of Moudros is one of the largest natural harbours in the Aegean and is a picturesque place to sit at one of the two large tavernas and ponder the history of the First World War and the role Moudros played as a safe haven for injured soldiers during the Gallipoli campaign.

The tavernas of Moudros are also known as a safe haven for many families of cats. On this day we chose to eat at Galazio Limani Taverna, simply because there were more cats there that afternoon. 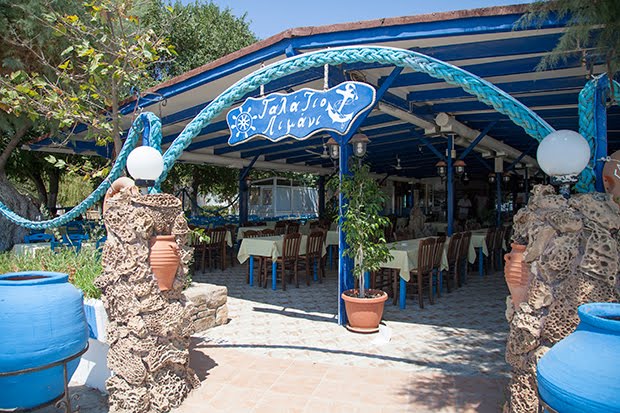 The traditional use of bright blue paint on Greek islands is said to keep the bad spirits away, and if there is one place in Limnos that would have to be free from the nasties of all things evil, it is Galazio Limani.

The owner, Nikolaos Karamalis, is one of the friendliest and most professional restauranteurs in Limnos. His personalised service and welcoming demeanour is second to none. On quieter days he will even sit and have a chat with you and encourage you to feed your scraps to the cats. No wonder these feline residents love it here.

Obligatory bread always kicks off a Greek meal, closely followed (or preceded by) a couple of cold beers, and the fresh, home-made bread of Galazio Limani was one of the better ones we'd munched on in Limnos. 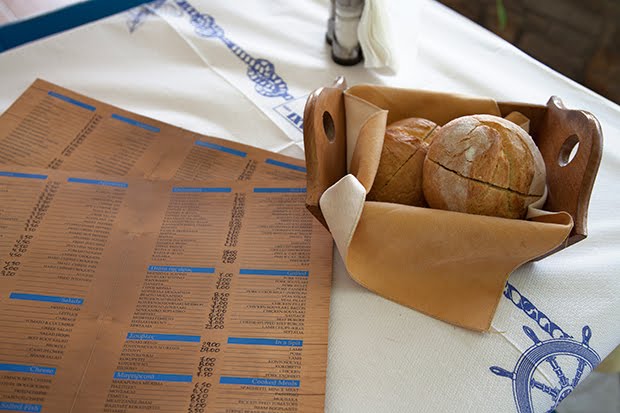 It was evident my stomach could do with a rest after a fairly steady routine of stuffing it with cheese croquettes and deep fried vegetables as my eyes were instantly drawn to the bowl of bright green string beans I'd spotted at the table next to us. 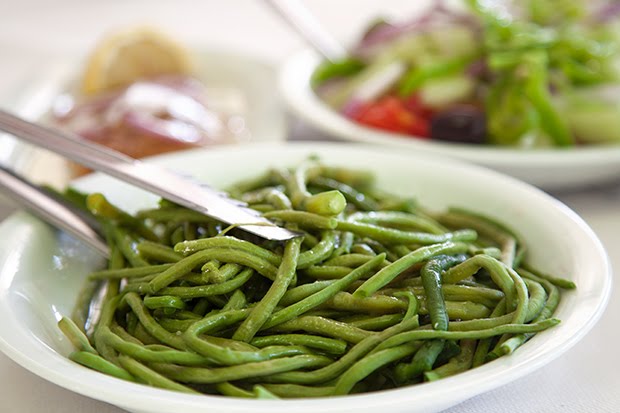 Tony wasn't quite ready to take a break from his hard-core, stomach-loading exercises and decided to order the Limnian cheese saganaki, Greek salad, smoked mackerel and lamb stew ... with chips. 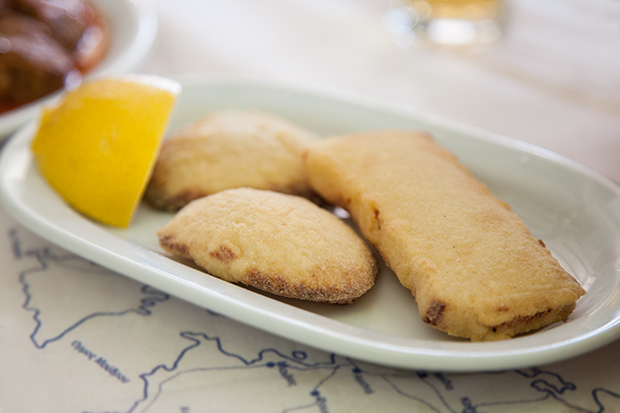 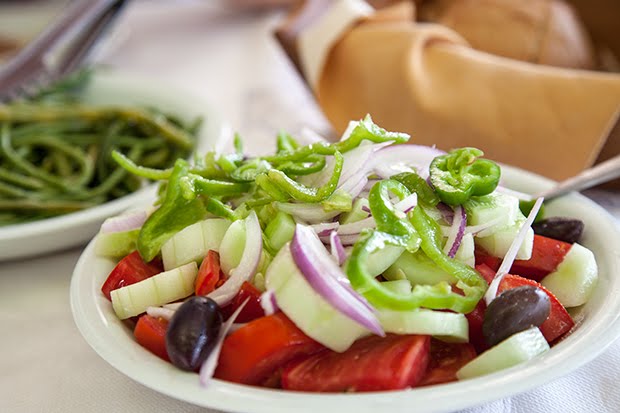 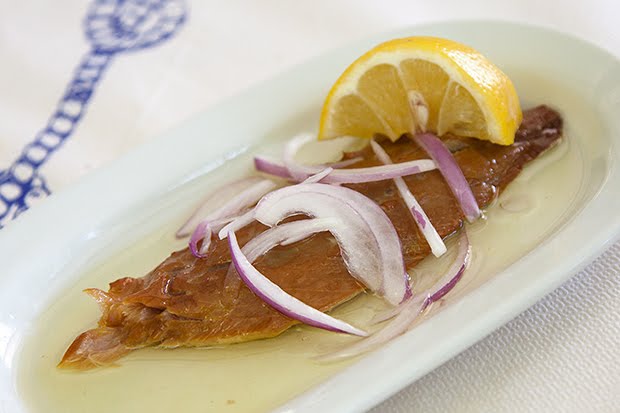 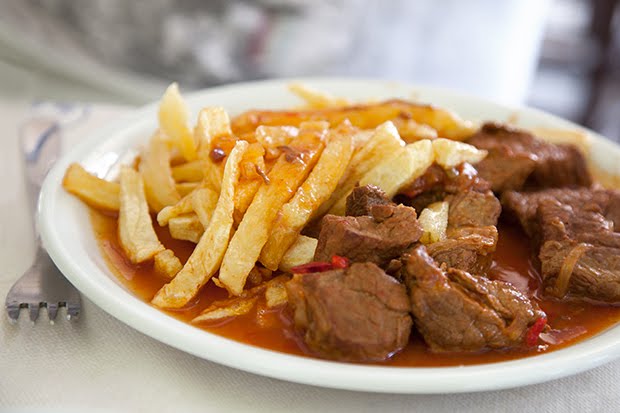 The saganaki came in three different shapes and sizes which is a little unconventional given the traditional triangle wedge that usually arrives. Obviously this was too much for Tony to tackle on his own so I thought the least I could do was relieve him of his cheese-eating duties and take the small round one. I also helped him out with the salad.

Everything was fresh and delicious, but the stand-out for me was the string beans. I ate that whole bowl (the beans, not the bowl). They were the best green beans I'd ever tasted and despite the word "string" being in their name, there was not a string to be found. They were crunchy yet melt-in-the-mouth tender, lightly oiled and salted but green as Scottish grass I tell you. I don't know how else to describe them. I just could not get enough of them.

And there were no bathroom incidents the next day.

It was an extremely hot day but Galazio Limani is completely shaded by a large canopy surrounded by leafy trees and cooled slightly by welcome breezes from the bay. This is the perfect place to retreat from the mid-afternoon sun and enjoy fresh Limnian cuisine. And if you're lucky, you might be entertained by the antics of some gorgeous little kittens like we were. Click here to read about the rest of our day in Moudros and see the video of the kittens at play.