A nine-hour flight with no sleep from Melbourne to Singapore leaves you feeling, let's say, a little dazed and confused, but unexpectedly seeing your sister and nephew during the 4-hour wait at Singapore airport leaves you believing the sleeping pill you haven't even taken yet has already kicked in.

I knew Melinda and Nathan had gone to Hong Kong for a holiday, but had no idea they were returning the same day we were flying out to Greece, let alone passing through Singapore airport at exactly the same time we would be doing the same!!

We still had another 11 hours to endure before we would reach our destination, Athens. It's a hard flight, Melbourne to Athens, but having four weeks of fun in the sun to look forward to made it all the more bearable.

Far from being in a state of unrest and turmoil, on the surface the city of Athens is buzzing along as it always has, with its abundance of tourists and activity in the streets, music and mezes flowing from tavernas, sunshine and warm air encouraging all and sundry to spend every moment outdoors.

We've just spent the last two days in the city we feared would be just a shell of its former lively self, but have been pleasantly surprised to discover the spirit of the Athenian people is as strong as ever. The country may be going bankrupt, but nothing will diminish the determination these people have to keep their country alive and kicking.

Two days is a microscopic amount of time to attempt to explore this beautiful city of such rich culture and history, but we managed to cover around 50km on foot, including the entire Plaka area of markets and tavernas, a strenuous climb up Mt Lykavittos, and hours of walking around the ports of Piraeus.

Our calves (and our skin) may now be burning, but it's a pleasant reminder of our second trip to Athens together, as we prepare for the next four weeks of adventures in the land of Limnos. 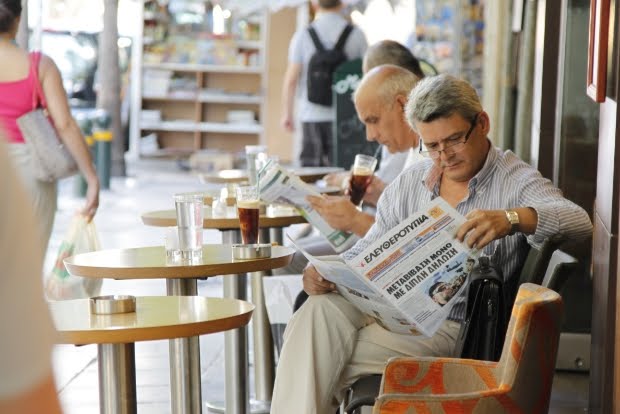 Unrest? What unrest! The people of Athens are still going about their daily lives. 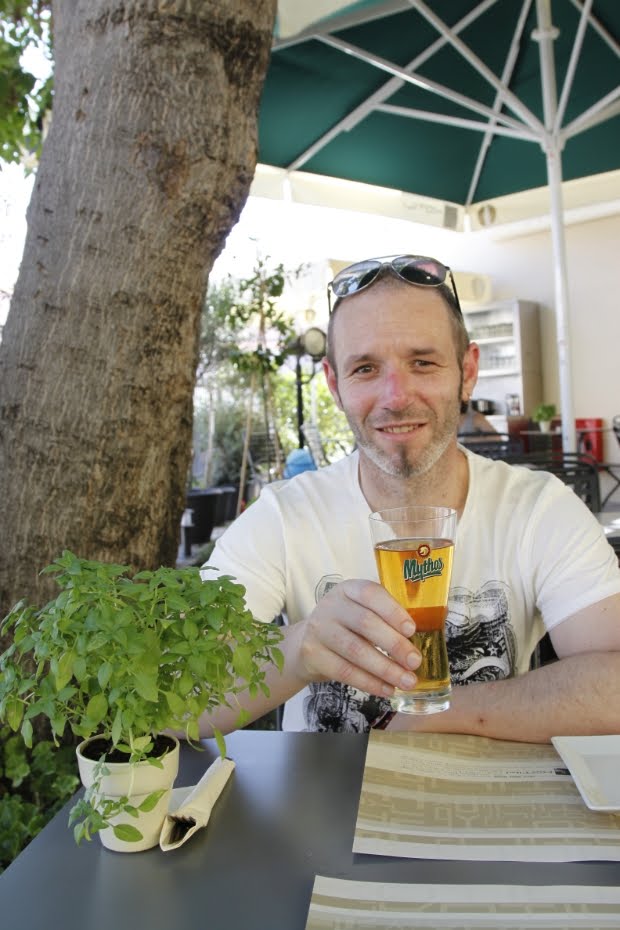 And the people of Australia are enjoying the Athenian lifestyle. 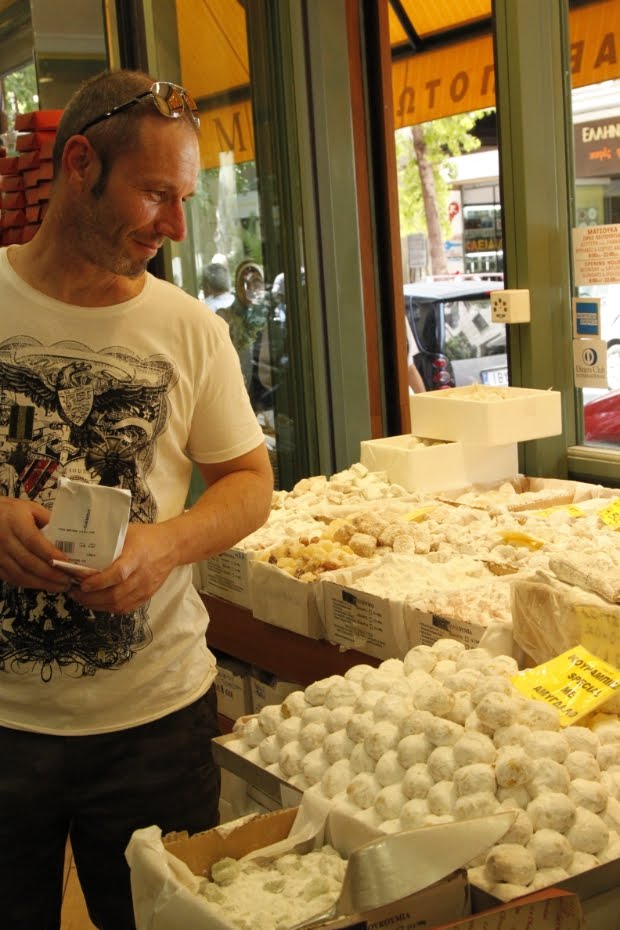 Oh which sugary sweet to choose! 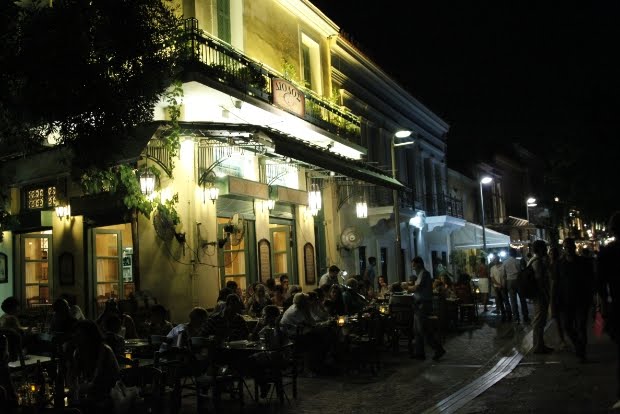 The streets of Plaka are still thriving. 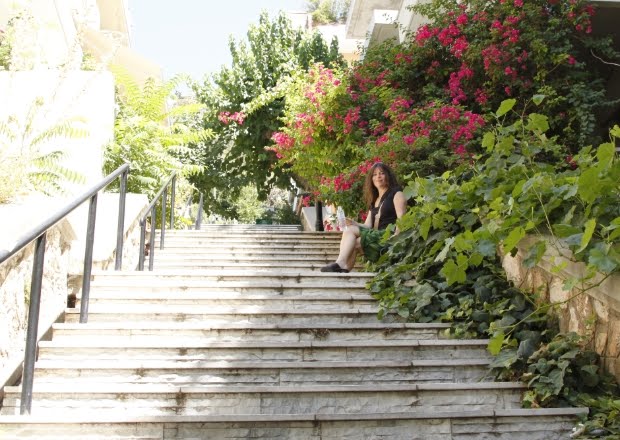 The upward climb to Lykavittos. 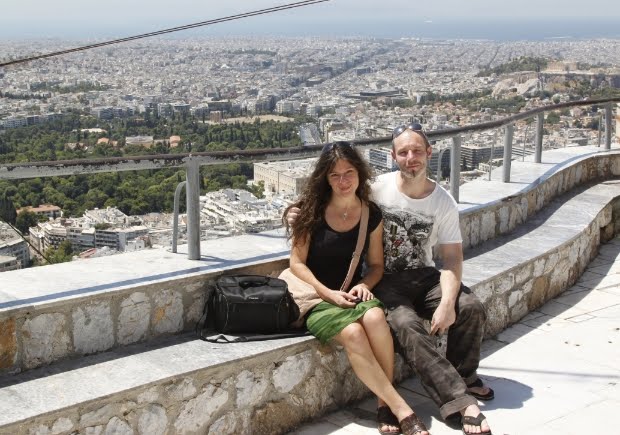 And we made it to the top ... albeit covered in sweat.