Hello again and great to hear so many of you are enjoying the blog! The last few days have been adventure-packed so there's lots to tell, including our long-awaited boat trip on the island's traditional Greek caique which FINALLY went ahead today (after three cancellations).

But first, I will go back to the weekend just gone. Saturday it rained some more but by Sunday the sun had made a welcome reappearance (along with hair's best friends: steam and humidity). Sunday is dad's day off (or more like, the day he is forced away from his workshop) so we all went down to bronze Maroulla's resting place, Kotsinas, for lunch at one of the seaside tavernas. Surrounded by endless blue sea and blue sky, feeding bread to the frenzied fish while we fed ourselves with plates of grilled vegetables, dips, sardines and salads. What more could you want from life?

The following day the sun was still shining so we thought it was time to fire up the moped again after a few days' rest, and to give the beast a real shock to the system we thought we'd bring it back to life with a gruelling and almost vertical assault up the radio transmitter mountain of Limnos on the most unmade road imaginable. And I'm not talking about a gravel road. This was a boulder road. Yes, on the 50cc moped. As you can imagine, at 8km an hour it's hard to stay upright on a moped. Particularly if you are constantly avoiding fallen (and falling) rocks on the "road". And. We were running out of petrol. I'm fairly sure the views from the top almost matched those of Santorini but we were too concerned about getting back home safely to appreciate the scenery around us. We made it back with a drop of petrol left in the tank and some whiplash, but gave the little Super Sports a really good pat on the back. We filled the tank again and took a trip to the nearby village of Kaspakas where I spotted my first black-clothed old lady! The old black-clothed ladies are in scarce supply now, it seems the tradition is not so prevalent these days, to mourn the loss of your husband in this way.

On Tuesday Tony W took us to one of the archaeological sites on the central North coast of the island, where an Italian archaeological team is restoring the ancient amphitheatre of Ifestia. We also visited the remains of the Temple of Kaviria perched high on a hill overlooking the opalesque waters below, where lies a cave that, according to mythology, housed Greek archer "Philoktitis" for ten years whilst his serpent-bitten leg healed. Also down below are some amazing rock formations which looked like petrified lava. The whole area was a photographic haven for me, and again, I can't emphasise how beautiful the yellows and olive greens of the landscape contrast with the deep blues of the sea and sky. It's totally surreal.

Despina's cousin told us about a secret beach where an ancient cemetery lies beneath the sea (the locals say you can see gravestones under the water) which can only be accessed by a scary, rocky road (almost of the boulder transmitter mountain calibre). Whilst we didn't spot any gravestones, we did find some small slabs of ancient marble and pieces of ancient pots. Tony W even found a piece of stone with what looked like a scripture section carved into it.

After all the rain of previous days, the unmade roads to the sites were still a little sludgey, which presented us with a few interesting incidents along the way like the enormous pig and her three piglets appearing out of nowhere, and plonking themselves into a mud puddle on the side of the road for a bit of a roll-around. Then down the road a little, a tortoise wading around in a large pothole filled with water in the middle of the road. It was at this stage when I realised I'd left my bag at the amphitheatre. Another scary, rocky drive back to the amphitheatre, and amazingly, the bag was still there. Last time I was in Limnos I left my camera bag with both camera and video in the supermarket, and within a minute it was gone. I thought I was going to have the same nightmare all over again.

So. The boat trip. FINALLY today, the boat trip around the north-west coast of the island went ahead. They finally had the numbers. They finally had the weather. So nothing was going to stop this boat trip that we'd been waiting for three weeks to happen. The seas were calm, the sun was beaming, the group of English tourists we shared the trip with were friendly, and the captain and his very dominating female assistant provided us with some rather hillarious entertainment. She kept screaming at him in Greek, telling him how to steer the boat, her voice echoing off all the cliff faces around us, and he would just roll his eyes and give us a look that we all knew meant "See why I no take this boat on trip? See crazy woman I have to put up with??"

We cruised all the way to the north-western tip of the island where mountain goats clung to 180-degree cliff faces. How the hell do they DO that??!! I was sure they were nailed there. We stopped at a secluded beach for an hour or so then back on the boat for a gigantic vegetarian feast (to my most pleasant surprise!!). But the highlight of the trip was seeing a dolphin swimming at the bow of the boat. It was only there for a minute or so, then dove out of the water in a spectacular arch and swam away. It was an incredible and unexpected sight, and damn it, a missed photo opportunity!

Well we have less than a week left but we plan to make the most of every single day that remains, starting with tomorrow when we fire up Dad's restored "furno". This is an old, outdoor, dome-shaped, wood-fired oven made of stone that was nothing but rubble not so long ago, and together with Anesti and local stonemason Marcos, they rebuilt the furno back to its original state - a rarity in Limnian homes these days. Tomorrow will be the first official firing of the furno and we plan to cook pizzas. Later in the day we'll take the moped to one of the lakes on the island, but in the meantime, it's photo time..

The "Great Ocean Road" of Limnos. 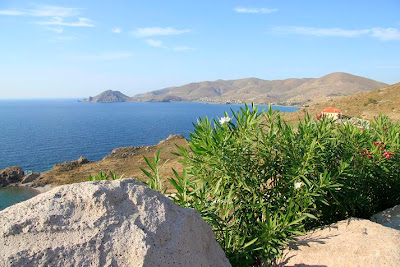 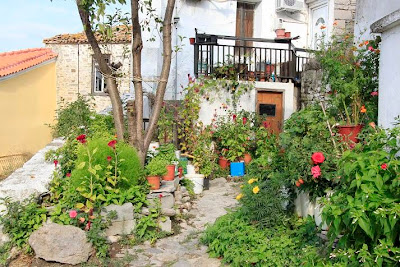 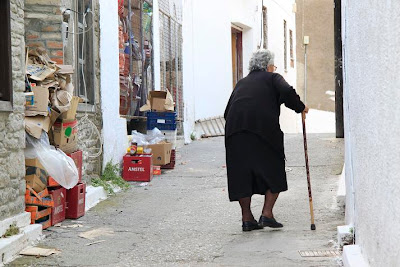 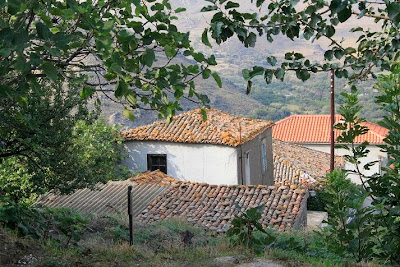 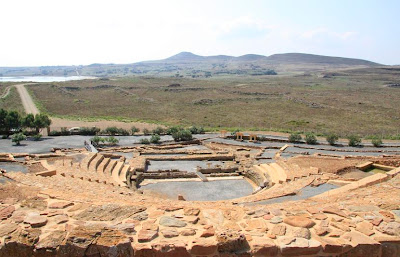 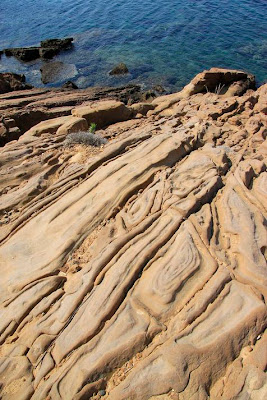 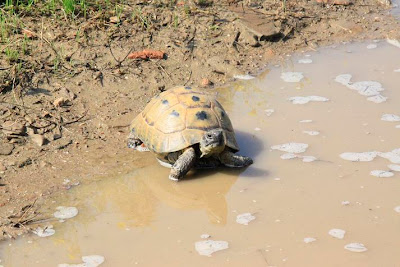 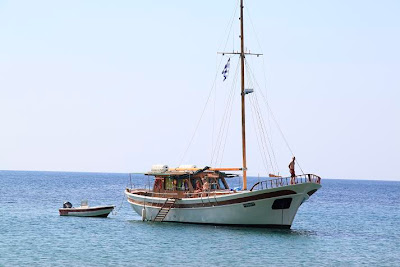 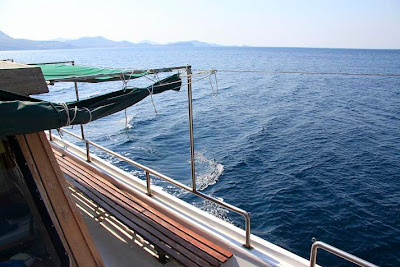 Best friends for the day. 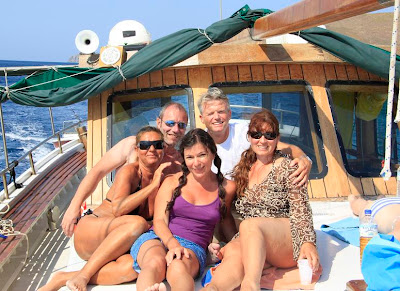 And one for Leopoldina. 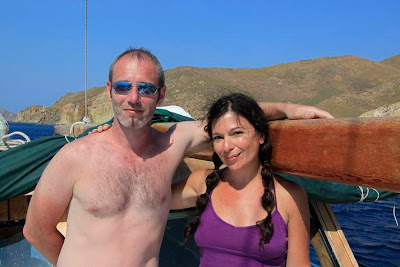 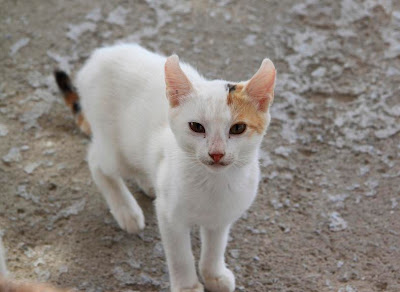 Until next time!
Lisa...

On behalf of the the people of Victoria, I would like to thank Naked Man for his selfless work in lifting the morale of a dispirited people.
The Hon. John Brumby MP
Premier of Victoria