And so, the end is near. Tomorrow we fly out of Limnos. But the end of our holiday isn't marred with the usual sadness and disappointment that our time here was too short. Instead, we feel totally relaxed and content that we've had enough time to really get to know this little island called Limnos. Four weeks might sound like a long time to be spending in the one place for an overseas holiday, but it allows you to embrace the lifestyle of that place, and this is exactly what Tony and I have done. We might have gained a few kilos in the process, but we've also gained some wonderful memories that will be with us forever.

Since I last wrote, we have really made the most of our remaining days. We took the moped on two marathon rides across the island (which nearly killed the poor thing). The first ride started with a visit to Dad's friend Kostas who lives in an arched-windowed house that he built himself in the village of Kornos. He built the house entirely from rocks found on his small block of land, some of which have imprints of fossilised giant centipedes and pieces of beehive. We then rode to Moudros for lunch, and on to Fanaraki beach. It was a three-hour round trip which was a valiant effort by the moped, and an even more commendable effort by our sore bums!

The second ride took place yesterday and what intended on being a three-village adventure, ended up being a one-village exercise on "how to go for a walk and not be able to find your moped again". After about two hours exploring every possible corner and laneway of Kontias (and taking about 200 photographs), Tony came up with the brilliant idea of going back through all the photos and tracing our steps back to where we started. Thank god for digital cameras!

We've also been partaking in some domestic and handyman duties around the house and garden, including firing up the furno to cook some fabulous calzones and pizzas, the completion of my art deco coffee table restoration, and more substantially, Tony's contribution to the construction of a new roof for the outdoor laundry. This morning with Dad and Anesti, the three of them erected the framework for the roof and after we leave they will begin tiling. In the meantime, Dad has also found time to make a wooden table lamp (not the edible kind), a bookshelf and two wall-mounted chandeliers.

This morning I planned to do all my souvenir shopping, including all the gifts I intended on buying for friends and family, but I'd forgotten that in Limnos the shops are closed on Mondays. Hmm... might have to resort to the trashy airport souvenirs. Sorry everyone..

Well this is it. The end of the holiday. And the end of the blog. It's really nice to know so many of you have been enjoying reading about someone else's fun in the sun. Tony wanted to write more but he was hit with the fun in the sun bug very early in the piece and couldn't drag himself indoors for more than a few minutes at a time, and only when he absolutely had to get a beer from the fridge. But since it's his last chance to write something, he's here with me now to add to this final entry, so I'll hand the keyboard over to him.. but from me, it's Andio! - Lisa xx

Well as the holiday draws to a close, I would like to take this oportunity to share with you some of my observations about life in Limnos, just in case you ever find yourself here.

Helmet laws for motorbikes: It appears that the object of a helmet in Greece is more like an elbow bracelet than headwear. You must under NO circumstances place it on your head!!!. You can carry it under your arm, hanging from the handle bar of the bike, on the floor section, etc, so long as you do not accidentally wear it (not sure what the consequences are, but did not want to take the risk).

Roundabouts: Again, there seems to be no pattern as to how to navigate a roundabout in Limnos. After much observation, I have concluded that there are two ways. (a) drive though with your eyes shut, hoping for the best, (b) wait for 5 minutes until there is not a car/moped/ag-bike/donkey/bus/army truck in site, and then go through (the direction you traverse the roundabout also appears to be optional).


Well Tony's just disappeared again for more fun in the sun so I'll say farewell for both of us, and finish the blog with one more burst of photos, and we'll see you all soon! 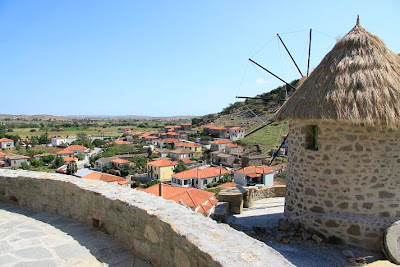 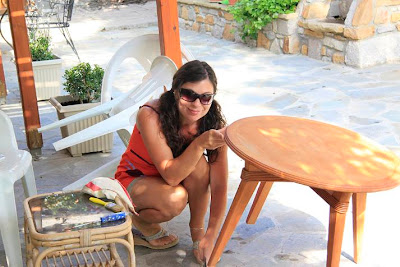 Firing up the furno. 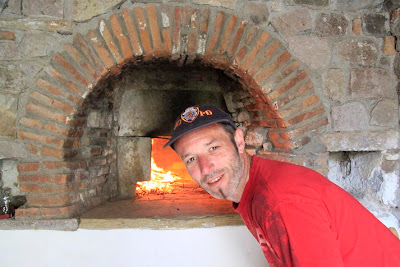 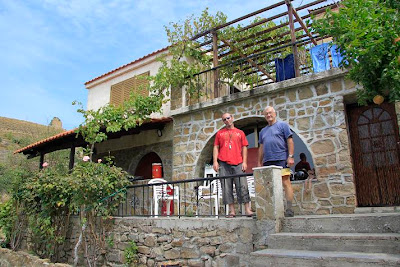 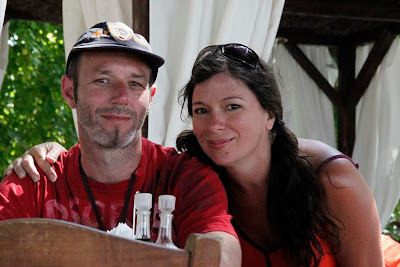 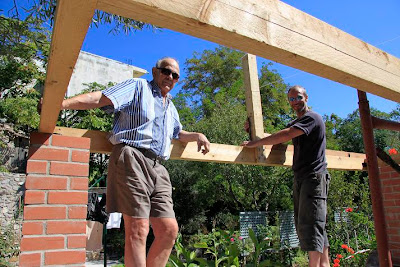 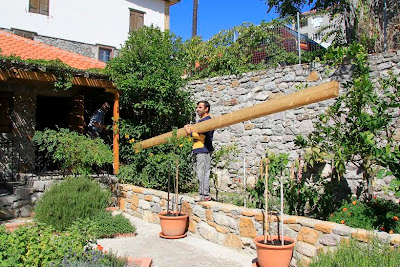 Makings of a non-edible lamp. 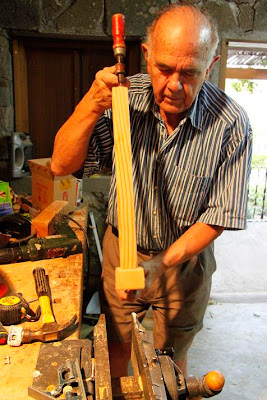 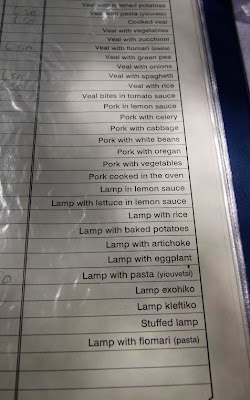 Turkeys going for a Sunday drive. 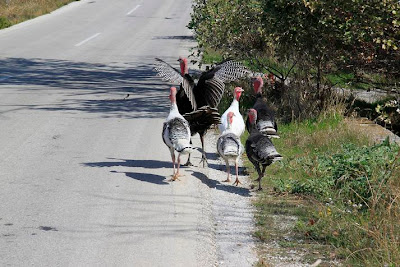 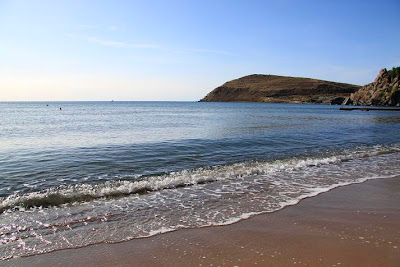 And our cats, Giorgios and Katarina. 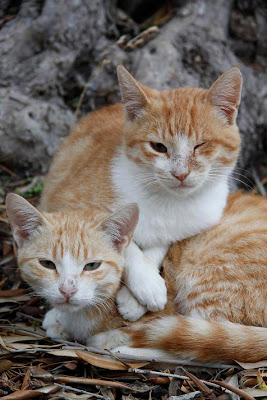 Looks like you guys had an amazing time. I'm soooo jealous. Eating and drinking and eating and drinking in the sun is the life. About eating all that extra food, I don't think anyone will notice although they may notice if you start popping out of your clothes so make sure you suck it all in - LOL.
BTW Tony the traffic system. All I can say is welcome to Europe. Every single country I have been to is like that (except for the UK. If it was I sure as hell wouldn't of driven here).
Remember, traffic lights are pretty colours, round about's are just odd shaped parts of roads and helmets are a fashion statement worn best on the handles, under your arm or one the table of whereever you are sitting having a drink (alcoholic drink of course). God forbid they are actually used for safety.
Can't wait to see all your photo's when I come over @ christmas time.
Will pass this on to all the family over here on my side of the world to have a look at.